Showing posts from November, 2013
Show All

Seething Wells PI: summing up with additional comments on ecology 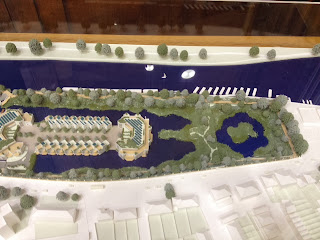 Project model indicating 'nature reserve' Yesterday was the final day of the Inquiry at Surrey County Hall. There is a good write up here  http://www.surreycomet.co.uk/news The summing up by the QC said that this is a case of the 'Emperor's New Clothes, the naked truth (about the proposal) is more mundane. This is a development of 64 homes, marina, car parking etc with ANCILLARY provision of open space, with what is LEFT after that provision'. He stated that the appellants failed to analyse the reasons for the site designations and all previous Inspectors rulings (UDP, Inquiry etc) had been ignored. Whilst public access is an aspiration for this site the QC asked 'why should the site be sacrificed on an altar to provide this benefit' it is desirable not required and not sufficient to compromise the MOL policy designation.  He clarified the council's position on ecology (not contested by the council in this Inquiry) who said that it wa
Post a Comment
Read more

Friends of Seething Wells Rule 6 Party at the Public Inquiry

November 22, 2013
FYI: In January this year, councillors unanimously rejected Hydro's scheme for the Filter Beds. This coming Monday , the developer’s Appeal against this decision starts and will run all week. Those of you who wrote in to the Council, objecting to the scheme, will have received letters from the Council explaining what's going on. Something this letter didn't point out is that The Friends of Seething Wells are a full party on this Appeal. We're very proud to be representing the strong community opposition and we've been putting in many hours preparing our evidence and our witnesses. Although we're confident and optimistic, it would also really demonstrate the strength of local support to the Appeal Inspector if as many local people as possible attended the Hearing. The appeal is being heard at Surrey County Hall, Penryn Road, Kingston, KT1 2EA (it's opposite Kingston Uni on Penryn Road). It starts at 10.00am on Monday with the Inspectors’ opening
Post a Comment
Read more
More posts