Showing posts from June, 2015
Show All

More about city lighting....and it's effects on urban species 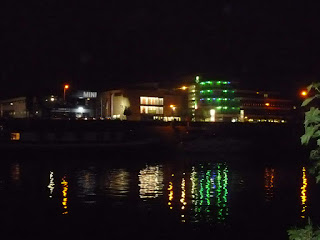 Kingston/Elmbridge Riverside so-called wildlife corridor Hale et al have just published another interesting paper that found that even for the most common species of bat in urban areas, lighting can act as a barrier to movement, so the fine-scale positioning of lighting can be critical. Gaps in tree lines should be narrowed and light levels minimised. Also, bats seem to cross in the darker parts of gaps, implying that lighting has additional costs/risks that the bats are trying to minimise see here:   Gap crossing thresholds for urban bats This and similar papers can be downloaded from the Lights and Wildlife Yahoo Group. Lighting around my house from space With this in mind,  consider the effect of urban densification and light pollution on the town centre neighbourhood by the Old Post Office development proposed by St George with its 19 storey glass towers. Many species reach a tipping point when the amount of built surface rises above 60% of the built environment.Thi
Post a Comment
Read more 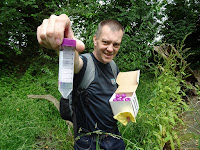 Last year  eDNA testing kits were made available for the first time to test for  the presence of Great Crested Newts (GCN) in ponds. The procedure had been trialed in several European countries for a range of species: the GCN, European Weatherfish, Common Spadefoot toad. The technique involves taking water samples from ponds and testing for traces of the species DNA in the water. GCN  DNA in water degrades within 20 days, so a positive result shows that the species has been present recently. Danial Winchester, Surrey Wildlife Trust     This month, several ponds in sout-west London were tested by members of the Surrey Wildlife Trust who have been trained to take the samples. This includes ponds in Richmond and Bushy Park as well as a pond in LB Merton. It is necessary to book a slot for analysis with University of Loughborough. We await the results. While we were looking we found some smooth newts (pictured below).
Post a Comment
Read more

Amber LED LED luminaire Lighting is a major issue in our urban centres these days. There is so much pressure to provide more and brighter lighting but  at a huge environmental cost. There are  many measures that can be undertaken with new technology to  limit the toll on species and habitats (see previous posts: Kingston University Lighting). Light that causes the most pollution is that travelling horizontally (10 degrees) as it  goes unchecked for miles through atmospheric dust particles, pollen and salt from the sea. Modern LED lighting is very easy to control and a site can be lit without spilling onto areas  that should be kept dark for wildlife. This is called the 'surround ratio' so that there should be no 'surround ratio' or ' light tresspass' onto abutting areas. There are good examples of this along the Crane Corridor and Warren Footpath in Twickenham. Here  LED's can be switched on or off to create a narrower cone of light, mounted on P
3 comments
Read more
More posts