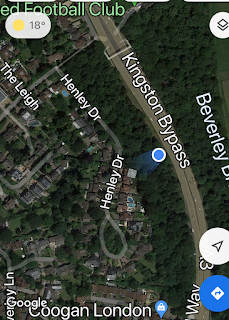 Option 3 of the Coombe antiquities walk is to visit Coombe Wood Local Nature Reserve.
Once at the top of Traps Lane - head across the road to Coombe Hill and then onto Henley drive where there is an access board. The nature reserve can also be reached via the A3 slip road, where there is a public footpath/cycle route. Hopping and Coombe wood are split in two (north- south) by the Kingston by-pass. The western half is more established and not as disturbed  that the eastern half, which can be reached by an overbridge, although the latter is more 'alive' and biodiverse. 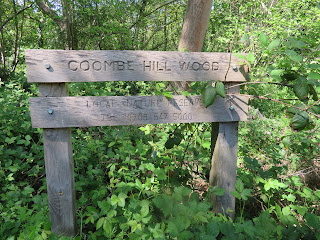 If leaving via the alternative route; the slip road at Coombe Lane West by the New Victoria hospital, then the sign for Hoppingwood Farm denotes a modern office site and not the original farm, which was in New Malden. 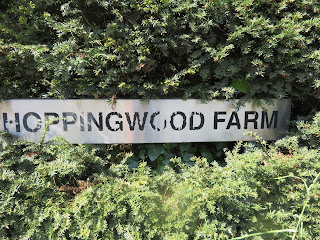 The site has some magnificent oak trees, two old ponds and  understory of bluebells and wild garlic. However a lack of attention,  the dumping of garden rubbish and rhodendron invasion is a problem at the site. Lower Mole Project undertakes routine path care and rhodendron clearance. See also last years post on fungi for this site and the Merton side of the wood. 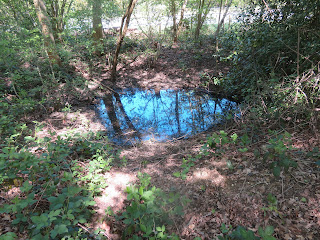 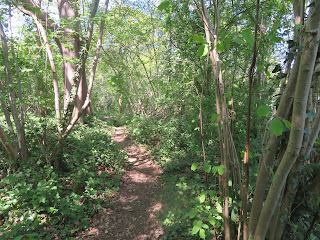