Many noticed the draining of the water in the filter beds, even though it took place the week before Christmas. I have no hotline to the offshore company who own the site and can only hazard a guess as to why this is happening now.The water level had risen to the top of the filter beds posing a management issue and leaving it any later could fall foul of the bird breeding season. If proposed Environment Agency charges for abstraction and disharge go ahead from April 2018 it could be very expensive to discharge the water  see https://consult.environment-agency.gov.uk/new-charging-proposals-fromapril2018/ 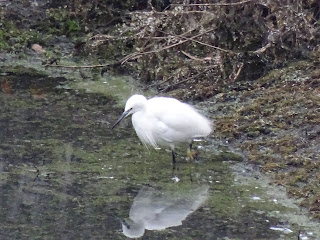 There used to be a charge for a discharge permit until deregulation followed Agency staff cuts. Abstraction for small amounts of water became free but this has not helped the environment and our local rivers such as the Crane, Hogsmill and Beverley suffer constantly from low flows. So the Agency have to reconsider but the admin causes a financial headache and any new charges must reflect the true cost of officer time (especially as much of it is spent sitting in traffic as they negotiate larger and larger jurisdictions).

The Agency  also propose increases to permits to carry out habitat improvement work such as angling clubs and rivers trusts have been doing for years. A permit to place woody debris into the river channel currently costs £50 but would increase to £764 - more than the work would actually cost to carry out. Similar massive increases are proposed for permits for fish passes and off-channel fry refuges.

The Angling Trust has lodged a formal objection to the scale of the proposed increases http://www.anglingtrust.net but it would be most helpful if as many people as possible replied individually to the consultation; although I tried to answer a small part of the questionnaire but then found it impossible to submit.
Consultation ends 26.1.18 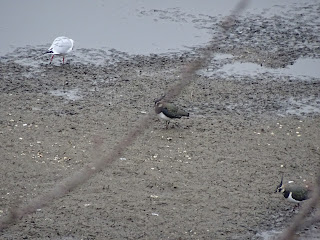 There were winners and losers after the draining. The winners were the little egret (above) and several lapwings, which enjoy poking around in  mud for invertebrates. Good numbers of fishing heron, cormorant and even a little grebe was seen struggling with a small roach. The losers were of course the stranded fish.

Be aware that Planning Guidance for the river side is under consultation, which includes a viewing platform over the filter beds.The draft Kingston Riverside Supplementary Planning Document (SPD) sets out a vision for Kingston Riverside  from Canbury Gardens to Seething Wells and how it should change over the next 10-15 years.

Feedback is important and will be used to finalise the SPD before it is adopted. Once adopted it will provide more detail about how planning policies are applied to the riverside and guide future investment priorities for public spaces in this area.

The consultation period runs from the 19th of January until the 18th of March 2018. You can download a PDF version  of the document by visiting https://www.kingston.gov.uk/riverside. Copies of the document are available at borough libraries, and at the council offices at the Information and Advice Centre on the ground floor of Guildhall 2, from 9am – 5pm Monday to Friday.