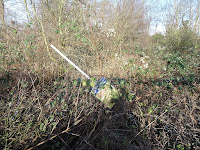 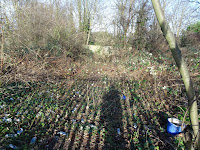 Well the boards are down and clearance is underway on two parcels of land sold by Thames Water just before Christmas. The largest  0.44 acre plot was sold for 1.2 million with the smaller plot fetching a mere £750,000. This is before any development consent.

How easy will it be to build, given that the northern third has a covenant to prevent anything being planted on top of the sewerage pipes? The site has been woodland for many years and it is hardly surprising that woodland species, particularly badgers have drifted in from nearby areas. Woodland attenuates the flow of water, more important than ever now that the Environment Agency has updated the flood map to include Lower Marsh Lane in a zone of increased risk of flooding. Why has public land been used to store water as in the Browns Road Flood alleviation scheme (which ruined the ecology of Surbiton Fishponds) and high risk Thames Water land sold off. Development of this site could put many more of us in deep water. See previous posts on flood risk 2.12.15 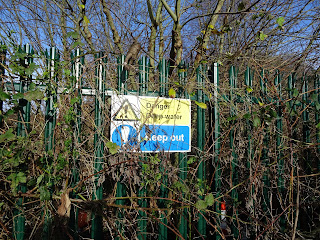