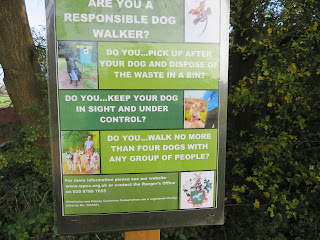 Public Spaces Protection Orders (PSPOs) are intended to deal with nuisance or anti-social behaviour in a particular area that is detrimental to the local community's quality of life.

Just before Xmas I was walking along the towpath by Ham Lands and saw someone sawing branches off a tree I know to be a native black poplar and one of only ~7,000 in the country. I thought twice about challenging that person, but later contacted Richmond council who said,

'We have a PSPO order for that', and 'We can even emphasise the point about dead/standing/fallen/living wood being protected - especially native black poplar as it shouldn't be used for firewood - by putting additional signage up to remind people'.

Richmond Council have an eleven page document on PSPO orders ranging from forbidding picnicing or damaging plants and trees to feeding animals and causing nuisance through attracting vermin, ride a horse in a restricted area; ride a bike skateboard, motorbike etc. where permission is not given; have a barbeque/fireworks in a park. These are a mixture of elements contained in the Wildlife and Countryside Act and the local byelaws.

Richmond also have separate dog orders regulating behaviour. A person with more than four dogs requires a licence for the council. Now you know why it is not difficult to find so many animals on Tolworth Court Farm as they have been forbidden from walking excessive numbers of dogs in other boroughs. 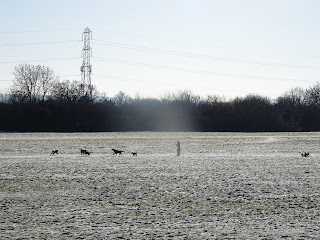 This has a severe impact on the wildlife on the farm including the roe deer, threatened increasingly by disturbance. With the clearance of so much vegetation from the buffer zone/verge along Jubilee Way, they may run out onto the road and cause a fatal accident.

In additon, Richmond has  signs ordering motorists not to Idle their Engines at certain locations, including the railway crossing at East Sheen.

This type of intervention would be of great assistance, particularly tackling the anti-social behavour on some of the boroughs nature reserves, especially Tolworth Court Farm, which suffers greatly from a huge range of anti - social behaviour from flying drones, to motorbikes https://youtu.be/7FJlh0psz9c, an unofficial BMX track (photo below) flytipping etc. 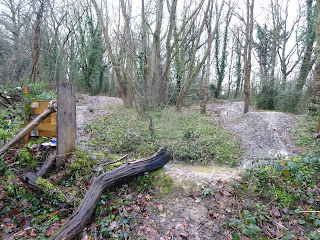 Richmond also do this for toads.https://rendezvous.blogs.nytimes.com/2013/03/20/joining-the-toad-patrols-of-britain/ 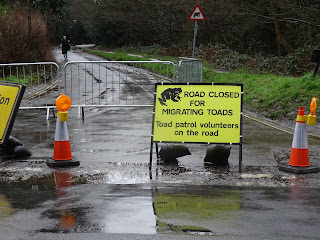