Journey out of Epping 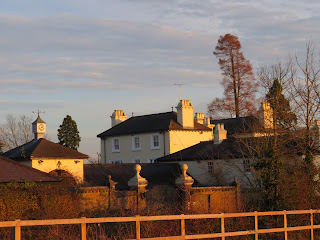 Tomorrow is the anniversary of when John Clare began his 80 mile walk out of Epping from Lippitts Hill. The walk is now approximately 120 miles due to the extension of the road network, although it is still possible by crossing the M25 at Waltham Abbey keeping to the Lea Valley trail.

I have undertaken nine recces so far to  find the best route from Loughton, Theydon Bois, Chingford and Epping. The C-19 situation has meant that the bed and breakfast establishments I intended to use were closed, and I am not best suited to sleeping in a ditch unlike Clare. 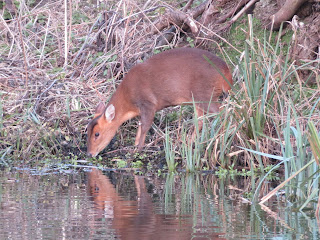 The landscape changes little around Epping, although a few things are evident: there may be a reduction in larch due to Phytophthora ramorum, which can spread to the ancient beech trees;  cattle used for grazing may have changed to breeds such as the Longhorn's they use at Copped Hall; some animal and plant species would  be different as he wouldn't have seen muntjac deer, which are tame forest animals.


As many of the  oak and beech trees  at High Beach and Bury Wood were on his regular walking routes, the same specimens could have been under his regular gaze, due to their current advanced age. 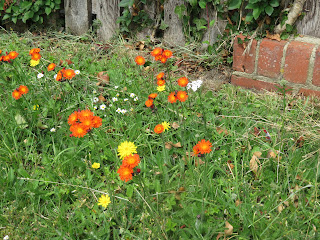 He may have seen the introduced 'fox and cubs' a native species in Europe only brought to Britain in the 17th Century, where it has flourished ever since and is prevalent on the floriferous verges around Epping.

The bright orange colour is highly attractive to pollinating insects and it flowers from June to September. The colour is similar to the fur of a fox, with the cubs being the many buds that grow beneath.

I think it a bit rude, to come all this way
If you don’t mind me staying.
Just to rest my poor feet Upon your good seat
By getting in without paying.

I will turn my cheek, when I see that squirrels on heat
Have been caught in the Ginn on the fencepost.
The Fenn traps on the golf course, are totally your biznous
Just contrary to ethics and the terms of your lease.

Of course, animals get in the way, when farmers make hay
And the results in the field can be carnage.
Leverets, partridge and skylark, easily, ousted by a dog’s bark
flailed in the tines so bloody and savage.

A friend made her first soil, in an old farmhouse at Theydon,
when there were no electronic gates at the end of the lane.
For a birthday present, I took photos of her homestead,
She was born seventy- nine years to this day.
(And thankfully, the Little Gregories were away).