To stand and stare

Paying regard is a central theme of nature writers who want to share with us nature's beauty. Generally brooding literary descriptions require a certain amount of looking, gazing, admiring.... Knausgaard's father 'placed one foot on the rock and stared in the direction of the forest on the other side of the road'.... or perhaps Knausgaard tells us 'he is staring at the sky above the trees'.

For W.H.Davies 1871-1940- a Welsh poet who spent time in a Southwark doss-house and was befriended by Edward Thomas (the war poet and biographer of our friend Richard Jefferies); it was the standing and the staring that was the central theme in his poem 'Leisure',


'What if this life if, full of care,
We have no time to stand and stare?-

No time to stand beneath the boughs
And stare as long as sheep and cows;

No time to see, when wood we pass,
where squirrels hide their  nuts in grass;

No time to see in broad daylight
Streams full of stars, like skies at night;

No time to turn at Beauty's glance
And watch her feet, how they can dance;

No time to wait till her mouth can;
Enrich the smile her eyes began;

A poor life this if, full of care,
we have no time to stand and stare.

Many interpretations on his work highlight 'no time' which appearing  in every couplet, chimes just  like a bell, and  takes the reader through many ocassions where 'no time' prevents the enjoyment of  life.

John Welford in his blog Great Poetry Explained states that 'those who live in the countryside who have access to bough, woods and stream particularly waste their time if they do not acknowledge their privilege, spending at least some time during their day, to allow its sights and sounds to do their work on ones feelings and emotions. The poem is a call to create leisure by choosing to 'stand and stare' and few would disagree that their life is impoverished by not switching off.

But I wonder what your feelings would be if once you had had bough, wood, and water - or at least a semi-natural space along the canal in Islington, or Southwark or Southall - to stand and stare - but had those exchanged for a poor-door or an anonymous street; then you are now the 'stared at' rather than the star-ee. 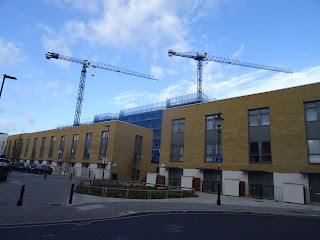 'Regenerated living,' wrests contemplative opportunities from the sitter or stander, which in turn, becomes a deviant activity. The staring is no longer a 'reflective mood' or  the opportunity to observe  'a bee drinking nectar' but a mass observation. They watch you my friend. They watch you. 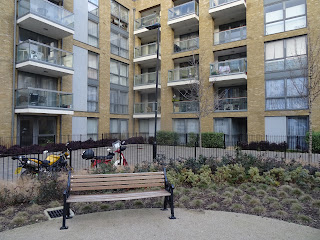