June 04, 2016
This year the London Bat Group joined the Bat Conservation Trust's Nathusius Pipistrelle Survey. So far this project has collected some great information about the distribution and movements of Nathusius' pipistrelle in the UK, and will be continuing in 2016.

Our involvement required the purchase of 4 harp traps, sonic lures and a range of ancillary equipment such as tripods and spring balances. The next step was to obtain some training. Although I had participated in harp trapping with the Surrey Bat Group at Teazle Wood and  Old Bury Lake in Dorking; putting together a harp trap requires  patience and skill. 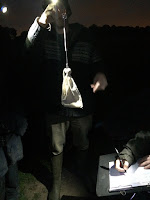 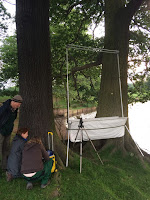 During March, Katherine Boughey from BCT along with her partner, kindly demonstrated the putting together of our new purchases. We were joined by members of the Bat Group, BCT, along with the conservation team from Chessington World of Adventures - on whose land we are hoping to trap in future.

The next step was the in-field training with the project leader Daniel Hargreaves. Fifteen of us set up four traps at various locations around Pen Ponds, Richmond Park over the bank holiday weekend. 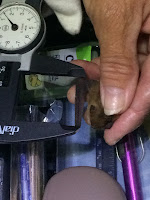 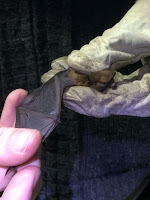 The traps were checked every 15 minutes after sunset and any bats caught were decanted to a soft cloth bag to keep them safe and warm and in which they could be weighed. Forearms were measured- as were fifth finger ratio's - in the case of our last bat caught; using a 'special' soft measure taken from an old Filofax!


In all we caught:
4 Common pipistrelle bats 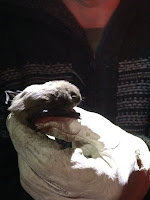 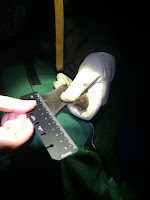 The Nathusius pipistrelle was the last bat caught at 00.15. The bat was distinguished by its shaggy thick furforearm measurement (34mm) and the all important fifth finger ratio.