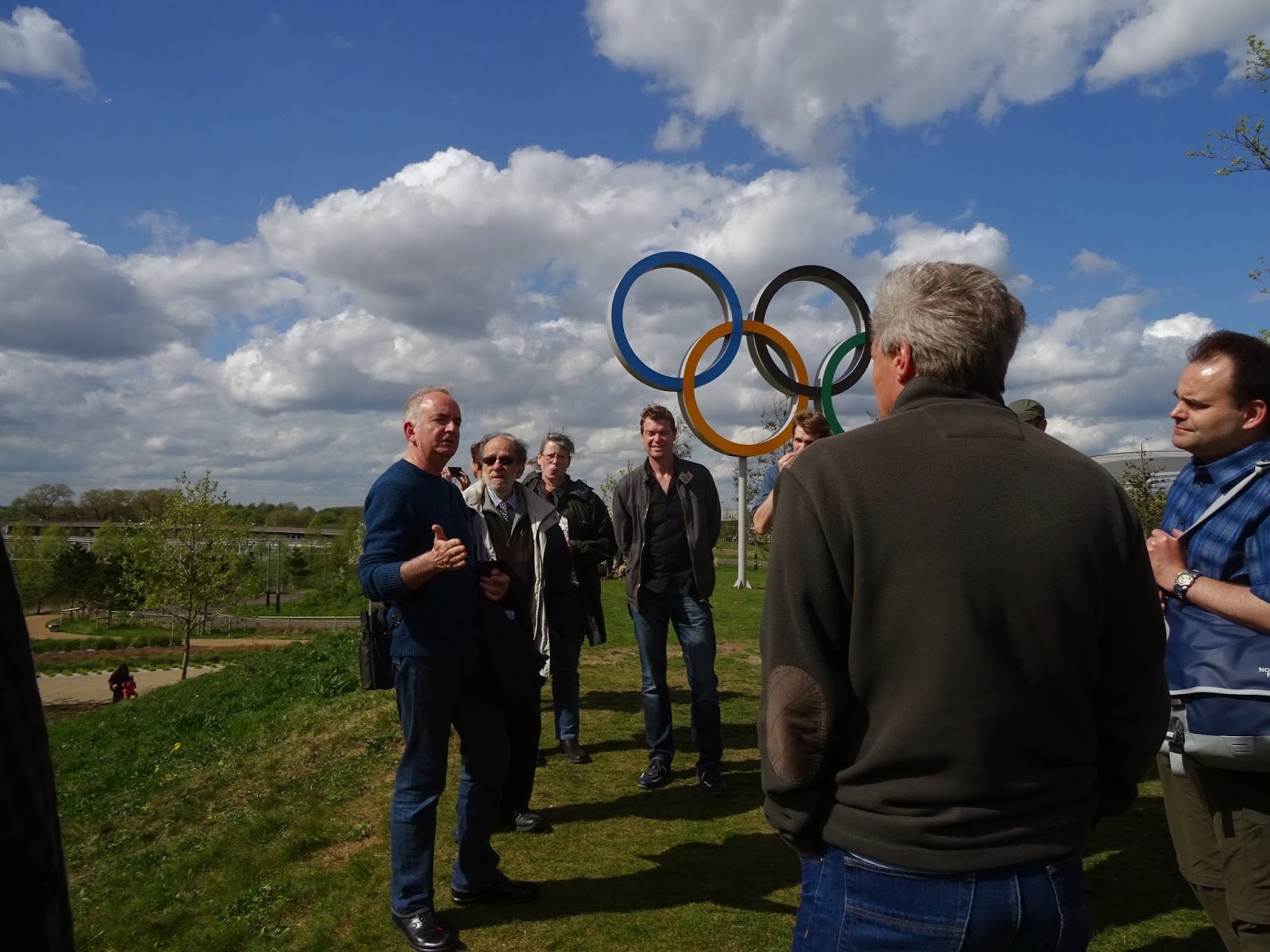 The 240 acre Queen Elizabeth Park is open and we were told by consultants working for the Legacy Delivery Authority that since 2012, 700 wildlife 'units' have been installed and 4,000 trees planted (additional to those there already). These include bird and bat boxes, kingfisher boxes and two otter holts. Whilst the Park was created over an already unique and largely unacknowledged site for wildlife, it is worth highlighting some of the new features and good practice designs, which could be used elsewhere.

Prior to the development, a  Biodiversity Action Plan was written for the area  and the River Lea was evaluated as London's second river and put at the centre of everything (read more here River_Lea.) Efforts were made to clean-up the environment and reinstate the banks as natural using similar techniques and materials to those employed along the Hogsmill and Crane rivers. The banks were pulled bank and wetland features created along its entire length, either as open water or wet woodland (a rare and important habitat). 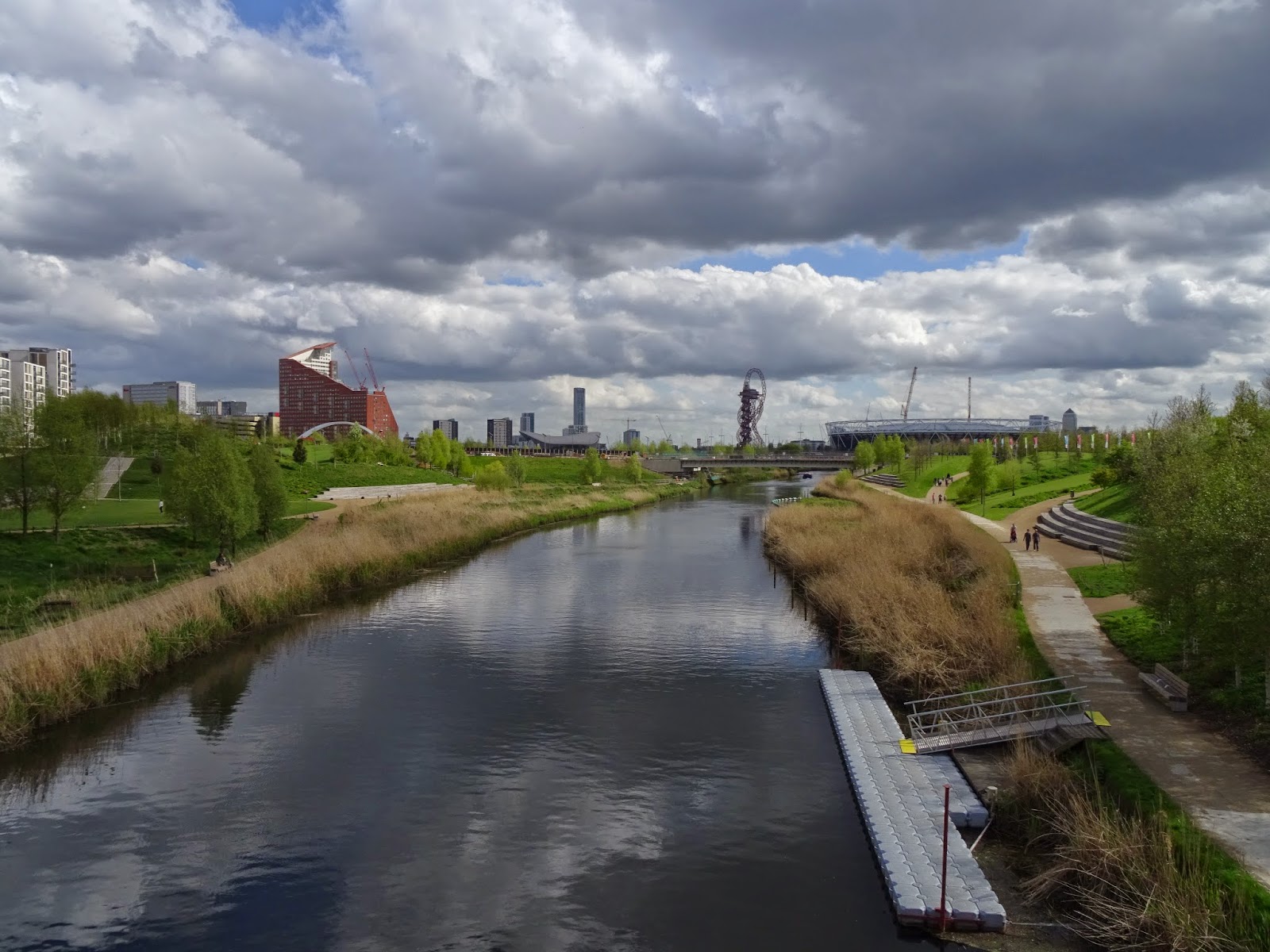 More seriously it is designed so that when a flood event occurs, one of those 1 in 100 events, the entire wetland area is completely inundated thereby protecting 5,000 local homes from flooding. Although light pollution is a problem over much of the area, which impacts negatively on the Lee Navigation, the north segment of the Park is free of light installations. This was because the police advised that the best way of keeping people safe in the park, which remains open at night, was not to encourage them by installing lighting. This means that the River Lea at this point is free from light spillage and hopefully good for bats 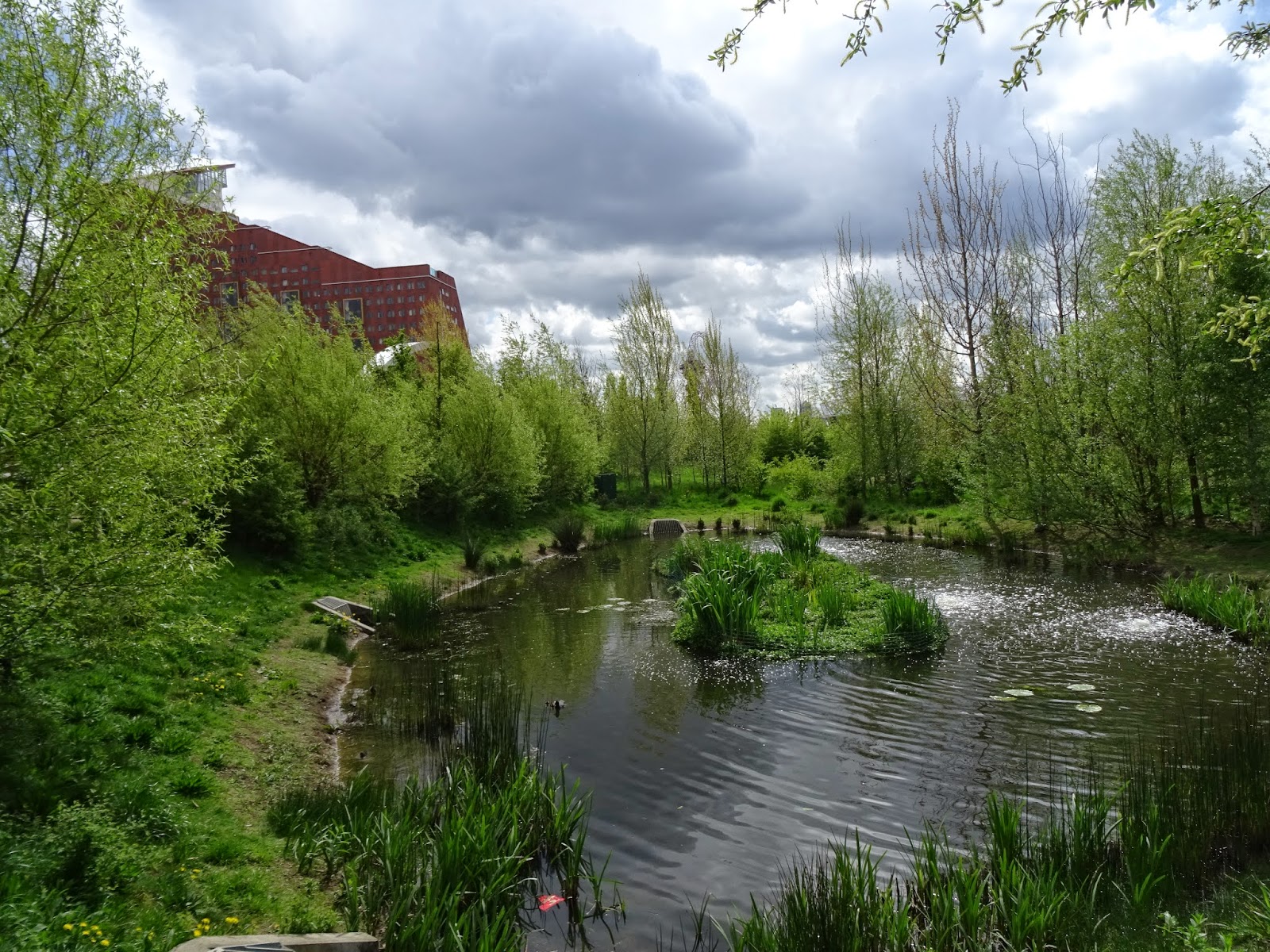 Wise water use is the defining strength of the Park and throughout is evidence of storm-water capture and recycling  as grey water harvesting for irrigation and the flushing of toilets. There are ponds throughout where water is stored which can be used by wildlife. It is cleansed by biol-filters (plants) before being put to many uses: whether it is to cool the air in the summer, irrigate the establishing trees and perennial bee meadows, or provide mediums for insect generation to feed birds and bats. Swales drain into the ponds or more often the river and throughout many granite blocks (pictured) act as Check Dams to attenuate the flow of water retaining it for use by wetland plants.

During the post-games closure  of the park many of the thirty bridges have bee dismantled or made smaller. This may mean planting of rain gardens to decrease the hard landscaping see photo.Whilst we were looking round, reed buntings were seen in the only scrub present on the site. Dogs are permitted on leads only, which makes an enormous difference and protects the vulnerable features. This is truly a water sensitive site, which is a model for our future. Some of these design principles could be used at King Georges Gate at the new Tesco development, which runs close to Kingston's second river, the Hogsmill.