April 04, 2015
After a training session for prospective bat roost visitors at Richmond Park, 28.3.15, members of the London Bat Group went to the Roebuck Inn to toast the launch of the London Bat Atlas. It was initiated during 2010 with seed funding from the Vodafone ‘World of a Difference’ fund, which helped employ the services of Richard Law, to gather together the existing data holdings, as well as investigate the type of document and layout we wanted.

It took longer to accomplish than we originally thought, but with the help of Greenspace information for Greater London, our group has produced a document, which is as accurate as possible, but easy to access the information. 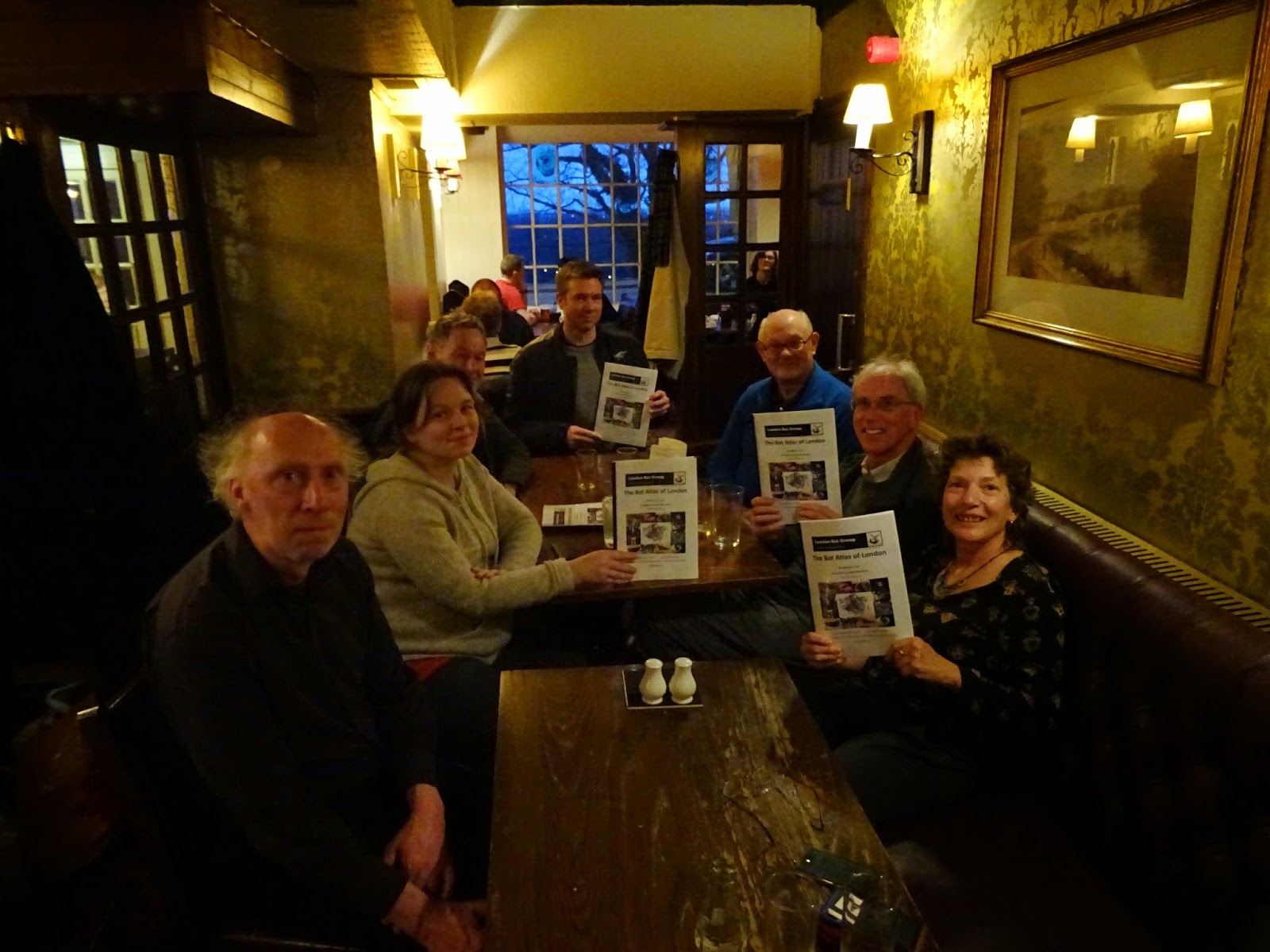 It is an example of the importance of submitting biological records, especially in this time of ‘blink and you miss it’ demolition and re-development. As always it exemplifies those boroughs where there are active bat group members so absence of records doesn’t mean absence of bat species!

There has been a lot of positive feedback since the Atlas was distributed especially from London’s remaining Biodiversity Officers, who have commented on its use as reference material, to support their requests for bat surveys, especially when responding to planning applications. Surprise was expressed that both Parti-coloured and Kuhls’ pipistrelle bats have been recorded in London and that the maps were clear and the photographs interesting.
If you would like a copy please request a PDF.