January 03, 2015
During the final hedgerow survey at TCF, we  began along this ancient drovers road, which is the only area to exhibit the characteristic double hedgerow. With a track the width of two horse and carts, it would have once run from Malden Manor to Tolworth Manor and through to Cox Lane (see previous posts). The survey method is quite complex and follows the DEFRA guidelines. It requires an assessment of both sides of the hedge, topographical descriptions, width measurements, height of perennial vegetation, species breakdown, management observations, whether or not invasive or introduced species are present and nutrient loading assessments, phew!

There is also a section that includes management of land adjacent to the hedge and in this case it is grazed!  The edges are scalloped, which increases the value of the habitat, creating sunny patches. 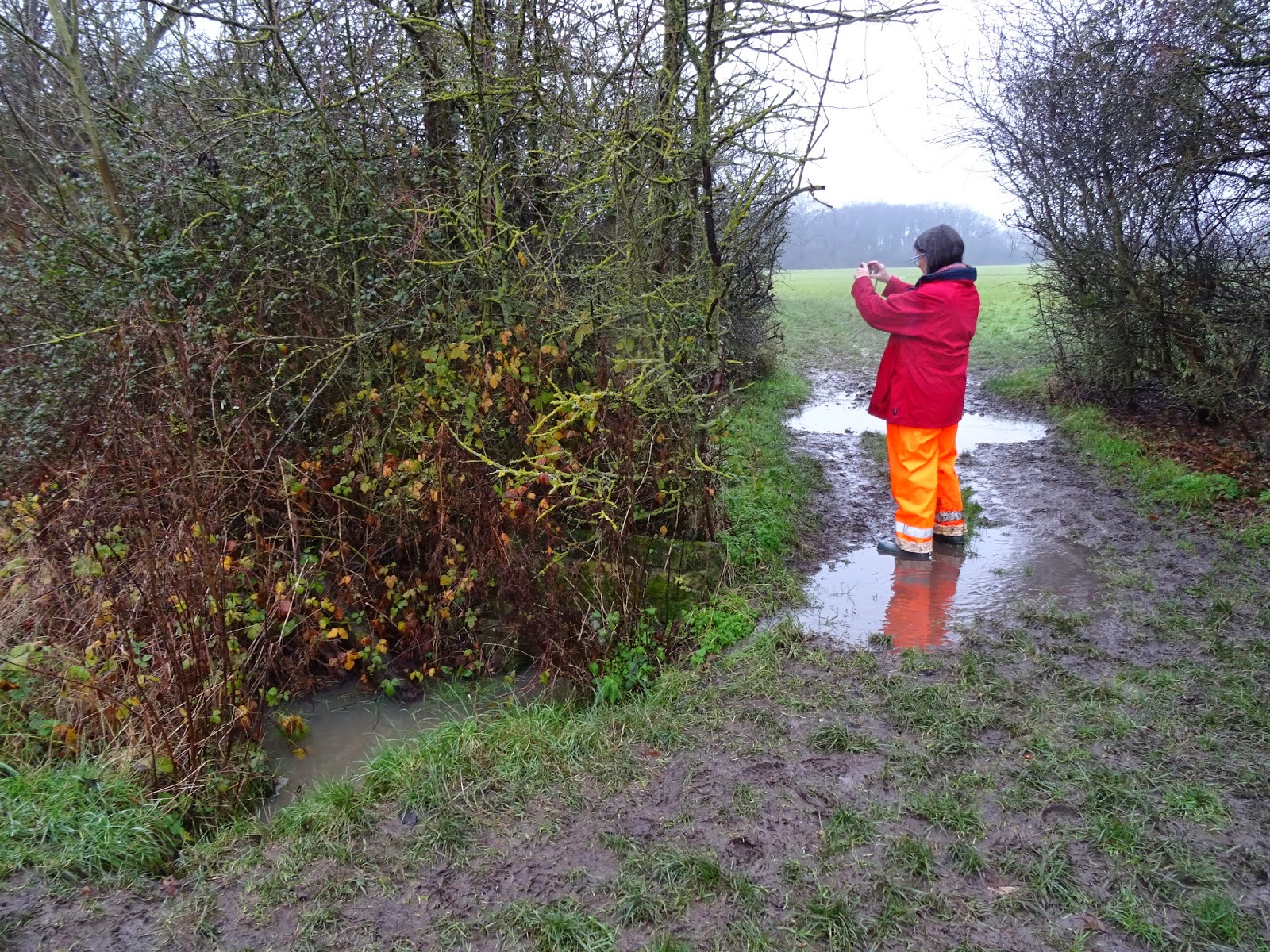 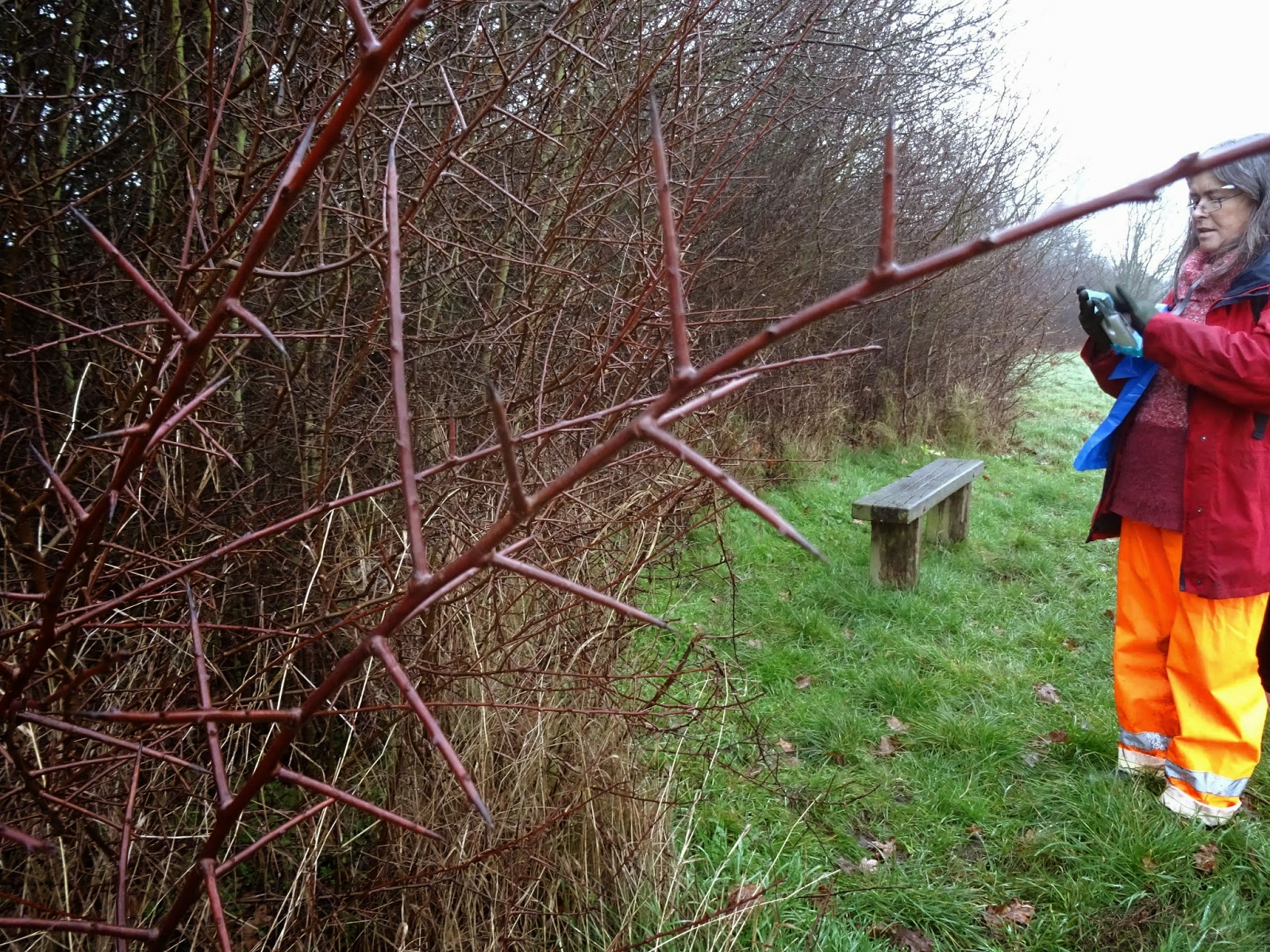 Once a 'node' is reached, this is deemed to be a separate hedge, indicating a fresh survey. In this case, the abutting hedgerow was entirely different in character to the very diverse ancient double hedge and must have been planted by the council within the last fifteen years. Here were introduced species such as Turkey Oak and hybrid plums or bullace, which have larger thorns and fruit than the  native Sloes Prunus spinosa.  There were signs of nutrient enrichment, possibly from dog mess. At 220m in length, it is of value for wildlife, although perhaps more for its structure than biological diversity.  Birds nests were located within the thorny interior, and the fruits will be enjoyed in the autumn. However the dense thicket prevented development of any understorey and only four (woody) species were noted, where even brambles could not compete.