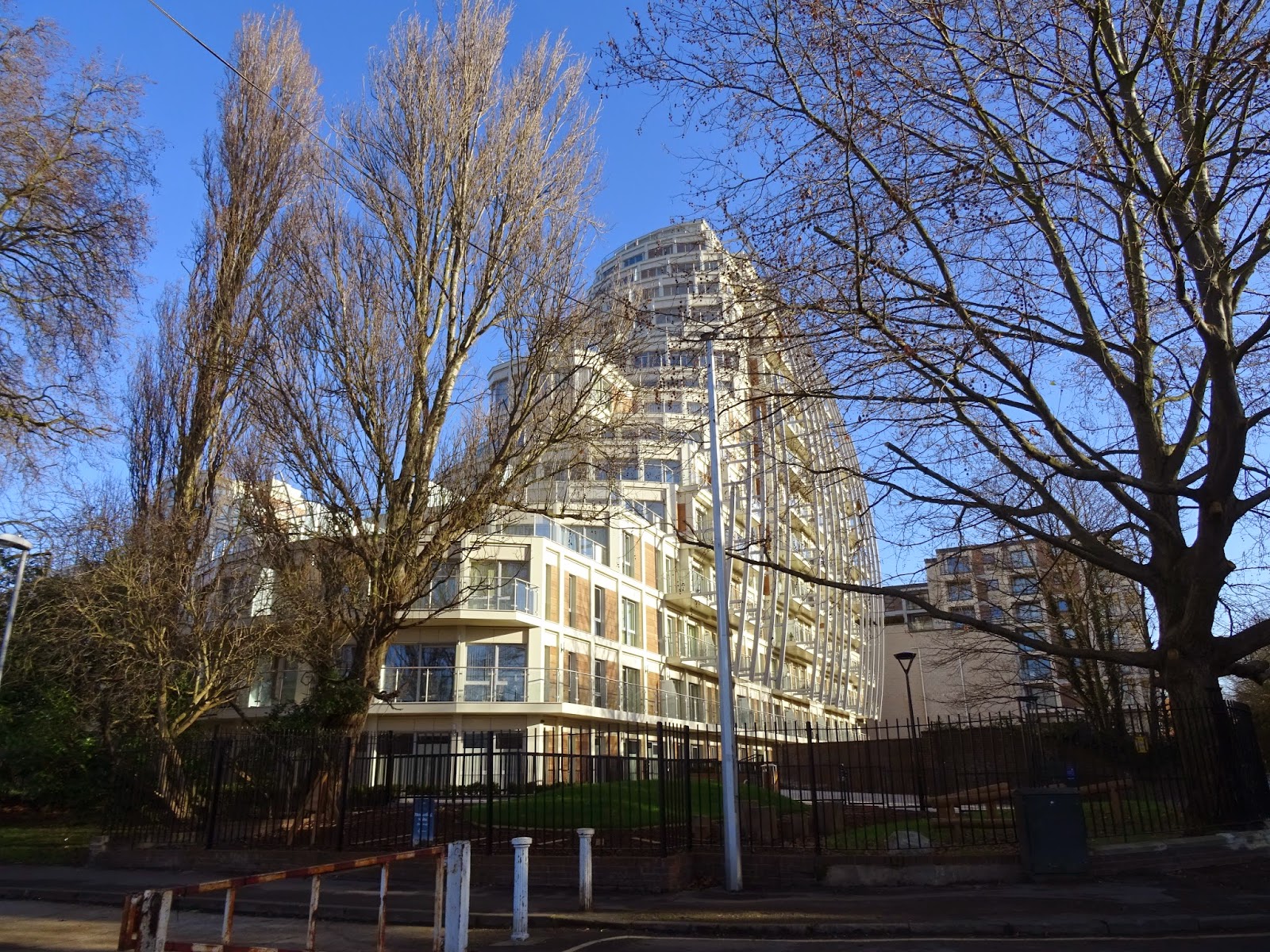 Kingston Riverside is changing fast and it's latest residents will make more demands on the riverside environment. This will mean an increase in light pollution, whether it is due to light spillage from these windows or by an increase in lighting specification brought about by the inevitable health and safety requirements. Trees are always casualties of the latter and some are exhibiting the painted spots identifying their future execution. There is a new pathway onto Canbury Gardens and wear and tear suggests that here will be the next tarmacadam or bonded gravel pathway. And so more of the natural environment is eroded as the urban gradient increases.

Part of the trick is to enrol the new residents in support of local environmental protection. Some of the wildlife is obvious such as the large bream regularly caught by the fisherman, the small fish sought by the kingfisher (as well as the cormorants who regularly turn Stephens Ait into a scene from the orient).

It's possible to get very close to some of the bird inhabitants of the riverside, such as the non-native Egyptian goose, which only began breeding in London from 1992. Now 32 pairs breed at more than 22 London sites. Less welcome are the American mink. Sightings of this species have increased this year and there are signs that the Thames is being colonised by animals arriving from the river Mole and breeding at Raven's Ait as well as other local sites along the riverside. There was a sighting during mid-December of a mink sitting outside Turks boathouse.

From the common place to the unexpected and harbour seals are turning up with greater frequency with a New Years Day sighting close to half-mile tree along the Lower Ham Road. Public sightings can be entered on the Zoological Society of London (ZSL) website http://sites.zsl.org/inthethames/#Public sightings There have been over 71 sightings of harbour seal since 2004,  some of which have been above Teddington Lock, this includes a youngster, which appeared on Steadfast's Jetty 2011 (Surrey Comet). If you see a seal, please put your dog on a lead.