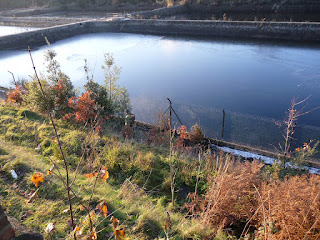 More key measures of the Localism Act 2011 have come into force from 6 April. Described as the ‘Government Revolution’ to hand power back to local council’s and communities. Provisions now in effect include the so-called Community Right to Build and the new general power of competency.

The former gives communities a new way to deliver development they want. Under this measure communities will be able to build family homes to sell, affordable housing for rent, sheltered housing for older local residents, or low-cost starter homes.

In respect of the latter, all English local authorities, can innovate and legally do anything an individual could do unless specifically prohibited by law.

New neighbourhood planning powers which give local people a major say in helping to shape the look and feel of their areas. This means that the future of the Filter Beds should reflect the wishes of the local community.

A plain English guide to the Localism Act is available at: www.communities.gov.uk/publications/localgovernment/localismplainenglishupdate

A Community Rights website has been launched to give people more information about the new powers and opportunities available to them. The website will continue to grow and expand as more of the Rights come into force. The site can be viewed here: www.communityrights.communities.gov.uk