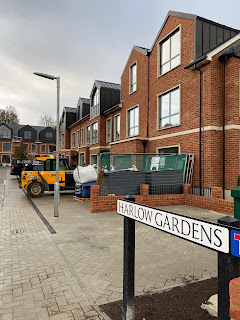 In 2014, I was contacted by the police after residents complained that, despite a lot of bat activity at the former Dairy Crest site, demolition was taking place. The police investigated and surveys had indeed found that there were roosting bats on the site.

There is some discrepancy regarding the number of bats and the species recorded but this cannot be substantiated several years later. I do have the original Phase 1 habitat survey that demonstrated there was habitat, of  a sort, on the site. Bat surveys and a Bat Mitigation Method Statement- as part of a Bat licence submission -were submitted  to the planning file.

However, no appropriate bat mitigation and Net Gain measures for biodiversity were conditioned. This meant that none of it actually happened or if it did - then it is so inappropriately sited -under multiple sources of lighting and a total lack of any vegetation links, it will never be used. When the site was opened earlier this year for residents to move in, none of the bat mitigation was apparent, the lighting was brighter that the main street with the columns actually closer together, compounded by unshielded globe lighting at the porch entrances and security lighting overarching the rear gardens.

Above all, there was no habitat, the 'trees' on site are infact photinia standards- an ornamental shrub. The development is virtually a total footprint development  with tiny pocket gardens, surrounded by high fences with bright security lighting in a hardlandscaped matrix.

So a site that was once dark and undisturbed, with at least one species of bat roosting in the offices, is now a hostile environment for any creature. We made enquiries to find out the mechanisms that allowed this to occur. This meant conversations with the police, the local planning authority and Natural England.

1. Copies of all bat licenses issued to allow exclusion works to take place for any of the units on this site. In addition all corresponding licence conditions and landscape plans regarding the required mitigation; both for replacement roost provision mitigation and any landscaping requirements listed to ensure that the routes to the new roosts were viable (not flooded with lighting etc. which would make them unusable by bats).

2. Copies of the licence returns and

3. Request information on why these licences no longer appear on Magic as they did once.

Just to recap the two surveys properly undertaken during May and June 2015 found as follows:

The surveys undertaken on site have identified the following roost locations on site:

This was evaluated as follows:

Foraging and commuting common pipistrelle and soprano pipistrelle bats were also recorded on site;
The impact on bats will be reduced through the implementation of appropriate mitigation which will maintain the population of bats at a favourable conservation status.

A Natural England development licence is required to facilitate the demolition of the existing buildings on site and the construction of new development at the former Dairy Crest site in Kingston upon Thames.

This method statement has been designed to accompany a planning application for the demolition of the existing building and re-development of the site.

The mitigation in the A13 workschedule of the  licence application was stated as: to provide Four habibat boxes will be installed within the walls of two of the new properties. Here: 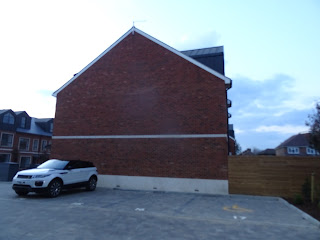 The council received the Mitigation Method Statement who signed off the condition October 2017 before demolition occurred. All that had to be done was the paperwork it seems as there was no tenacity inherent in the condition to achieve measurable outcomes.  Even though council policy in the Local Plan is to seek Net Gain and the National Planning Policy Framework states that there should be 'Net Gain for biodiversity in every planning application', there is no evidence of us having achieved any in recent years as this blog post attests.  http://alisonfure.blogspot.com/2021/05/measuring-outcomes-for-biodiversity.html  (remember Net Gain is habitat not bat boxes).

With no defined planning conditions the developers were free to find a consultant who said they didn't need to apply for a European Protected Species licence, but could apply instead for the new Low Impact Class Licence. This is designed to simplify: reduce the workload of Natural England licensing department, reduce costs and bureaucracy but bats are the last to benefit from the outcomes.

Works undertaken at the above noted location were carried out by an ecologist registered as a consultant under the CL21 Bat Low Impact Class Licence.

The CL21 Class Licence allows consultants registered with Natural England to undertake the disturbance and capture of bats and/or damage/destruction of roost(s) of no more than three low conservation significance roosts affecting no more than three species of bats, which are present in small numbers.

However, prior to completing works it is a requirement that a Site Registration Form is submitted to Natural England. Upon receipt this is assessed by a specialist Natural England Adviser and, subject to the satisfactory completion of this, correspondence sent confirming that works can go ahead.

Following completion of the works, a Return Form was submitted to Natural England. 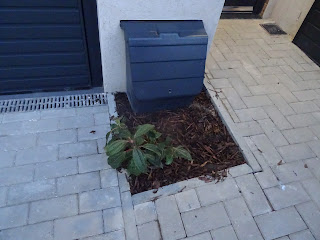