Yesterday was Internation Dawn Chorus day and I left the house at 4.40am to listen to the birds in the local cemetery. Starting almost exclusively with blackbirds (8), robins (19) followed by wrens (17) and  the odd woodpigeon (5).  Territory numbers are in brackets.

Most of the territories were associated with the boundary features, especially along the Hogsmill river, where most of the wrens were located. The upper cemetery is always better for birds than the lower portion, although there are house sparrows near the Dawson Road Gate. 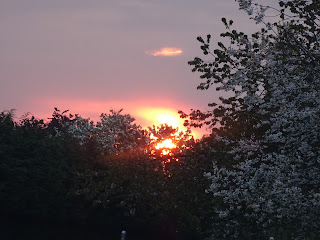 Of the larger birds: jackdaws passed to- and- fro constantly, with crows largely being sedentary, three nests apparent from up-sticking tails. Two magpies did not appear to be breeding. No raptors were seen this year although buzzards are frequently seen overhead later in the day.

Daisies were tightly shut. A watery dunnock song lisped from two sites with a third heard from the compost heap later in the day. Numbers of song thrush were down to one territory and that was difficult to find as a blackcap (6) was singing against the songthrush (listen here blackcap-and-songthrush-singing-together-cemetery). I only realised this once a saw a song thrush foraging on the ground. With no rain for a month it is not surprising that thrushes are not as evident as last year.

No sign of the chiff chaff, although it has been heard along the river a few times. A goldcrest territory among the yews, along with coal tits (1).  Blue tits (numbered only 2)   Great tits (5) a lack of holes indicated must get some solid bird boxes to replace the holes from lost trees as a site this size should have ~10 territories per species.

Greenfinches (2-3) and even chaffinches (2-3)were not singing until late, 6.50a.m and could easily have been missed last year when the walk finished earlier (once the parakeets move from their large roost along Hogsmill Lane, it can be difficult to hear short phrases). Chaffinches have also been seen around the large cedar in the children's garden.

A Kingfisher was heard whistling along the Hogsmill with some noisy Canada geese and a family of ducklings. 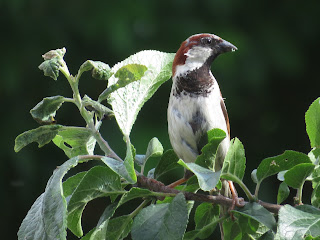