The fungi in Kingston cemetery has been astounding this year both in abundance and diversity.  Glistening ink caps have been found in all grassland areas especially near the river. Through a hand lens a small crystal of mica can be seen in the caps which is where they get their name Coprinellus micaceus. 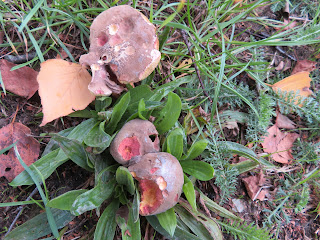 Downy boletes are located wherever there are birch trees and great examples have been found at three locations. They are popular with slugs and woodlice, so none of them has made a great photo. 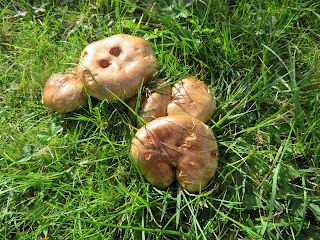 Brown roll rims have exhibited great burrows and tunnels. It has been wonderful to see the fungus gnats laying their eggs, or in one case appearing through exit holes as they take their first flight  ready for the evening's bat food. 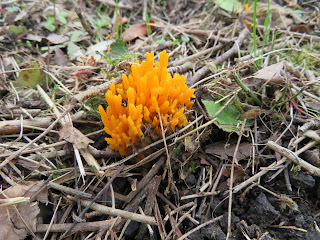 The stags horn on coniferous wood which is probably from the bark chips spread on a grave. 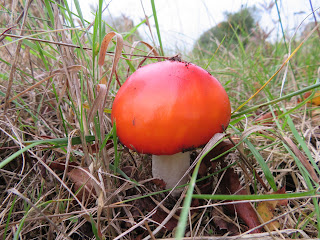 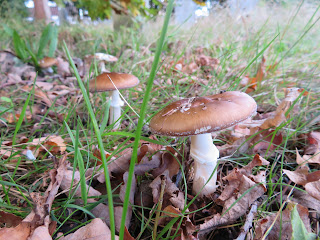 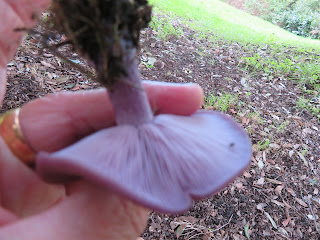 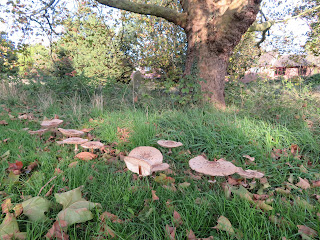 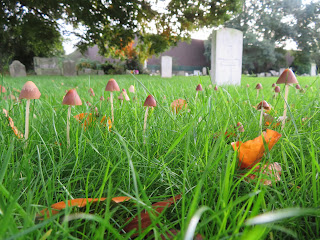 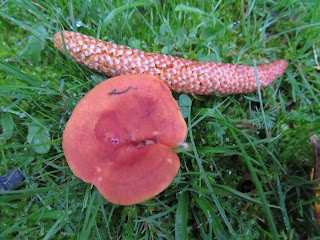 The crazy colours of the only milkcap found this year, Lactarius rufus photographed with a cedar catkin 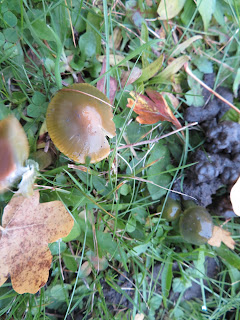 And just when I thought it was too cold for any more, a  completely new wax cap for the cemetery, Parrot waxcap, which was Hygrocybe psittacinus and is now renamed Gliophorus psittacinus. Waxcaps are an indicator species and they indicate that they grass they are growing in is unimproved or has not had herbicide or fertiliser applications. Unimproved grassland is quite rare and a priority habitat. So I guess waxcaps are also becoming rare.

There are several fungi species which indicate unimproved grassland. They are
Clavulinus
Hygrocybe
Enteloma
Gyoglossom or CHEG
Examples of all the above have appeared in the cemetery since 2014 - depending on the management - not all can cope with long grass.

Two posts from October and November 2014 with some of the commoner species found in the unimproved grassland.