So whilst 10,000 of us were at the People's Walk for Wildife, singing in the rain with Billy Bragg, chatting to George Monbiot and hearing more about the charter for wildlife proposed by Chris Packham......


This was happening at Seething Wells..... 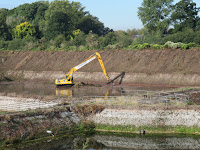 The council have confirmed that there is no planning application, and that the felling of trees is not allowed due to the conservation area status; but they have not been able to stop the digger removing the vegetation, topsoil and in many cases the subsoil, destroying some of the industrial archaeological features - while revealing new ones - previously hidden; some of the structures are subject to local and national listing.

When Thames Water was the owner of the site, operatives regularly scraped off the vegetation to remove tree growth, which is not good for the structure.  This assisted the growth of the diverse chalk grassland plants -see Site of Nature Conservation Importance (SNCI) citation below- many of which have been  lost due to the growth of buddleja, ash and holm oak saplings, bracken,  etc. However they never cut the Spanish broom to this extent or filled the beds with the arisings and soil.

Where the natural interest of sites has been destroyed -as is sometimes the case- planners are able to take account of the interest prior to the destruction; of course they are, or this would be the regular modus. So the citation below would operate as  the baseline. 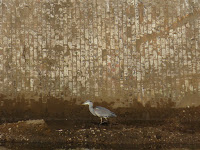 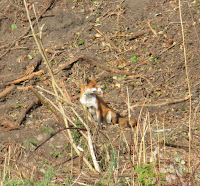 Meanwhile, the only ones enjoying the aftermath are the predators 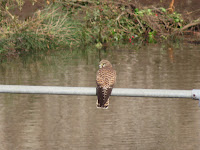