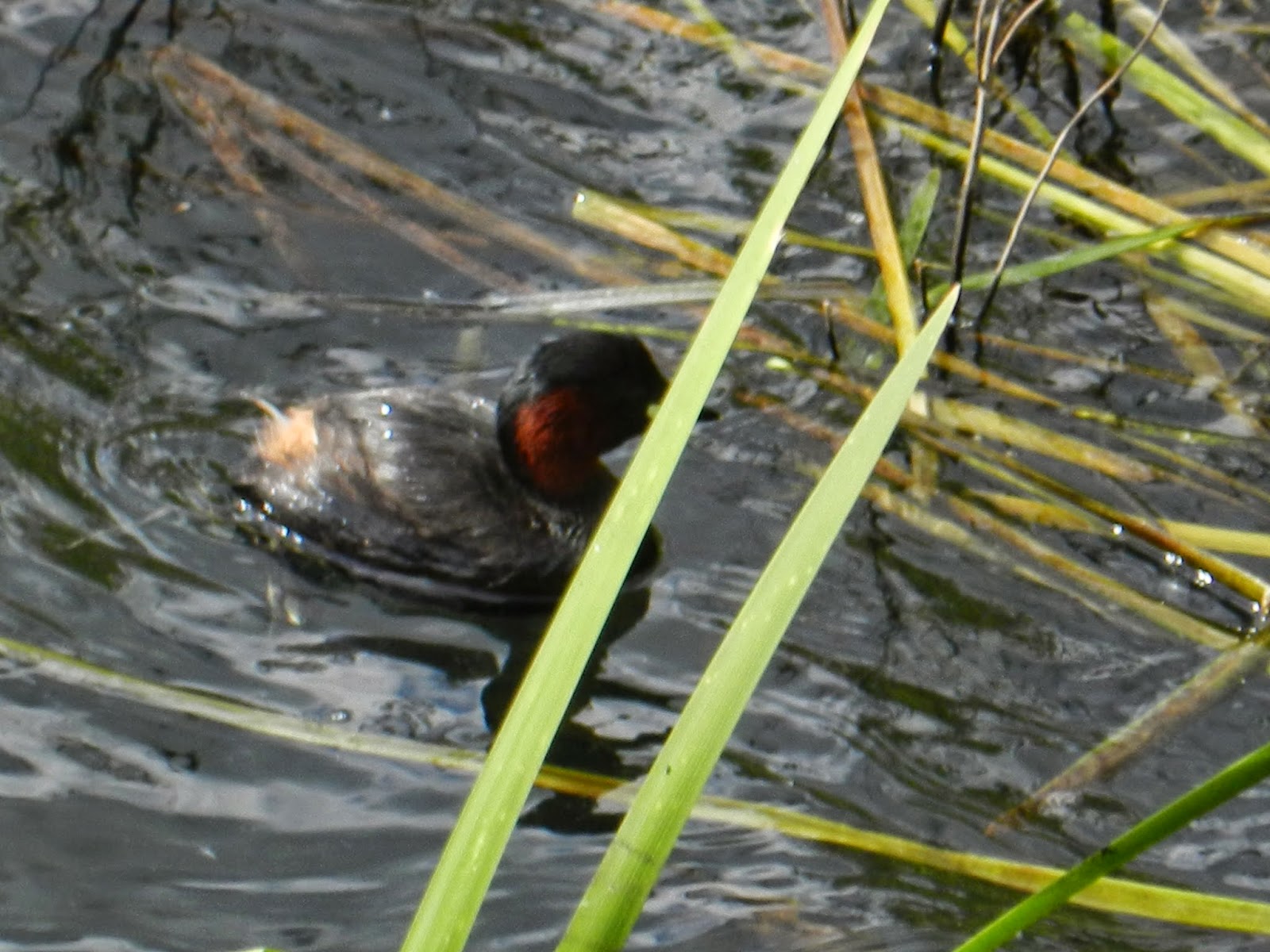 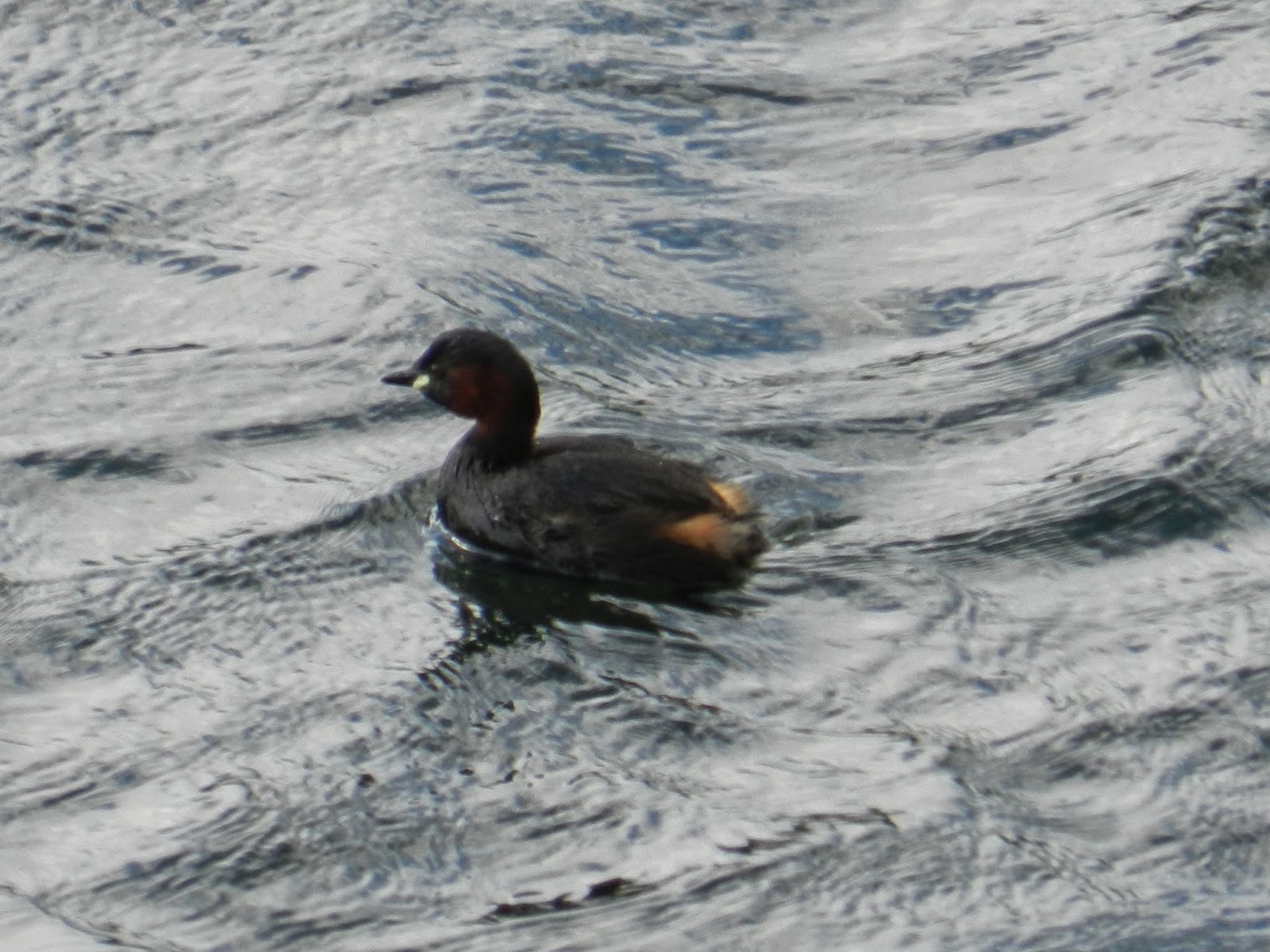 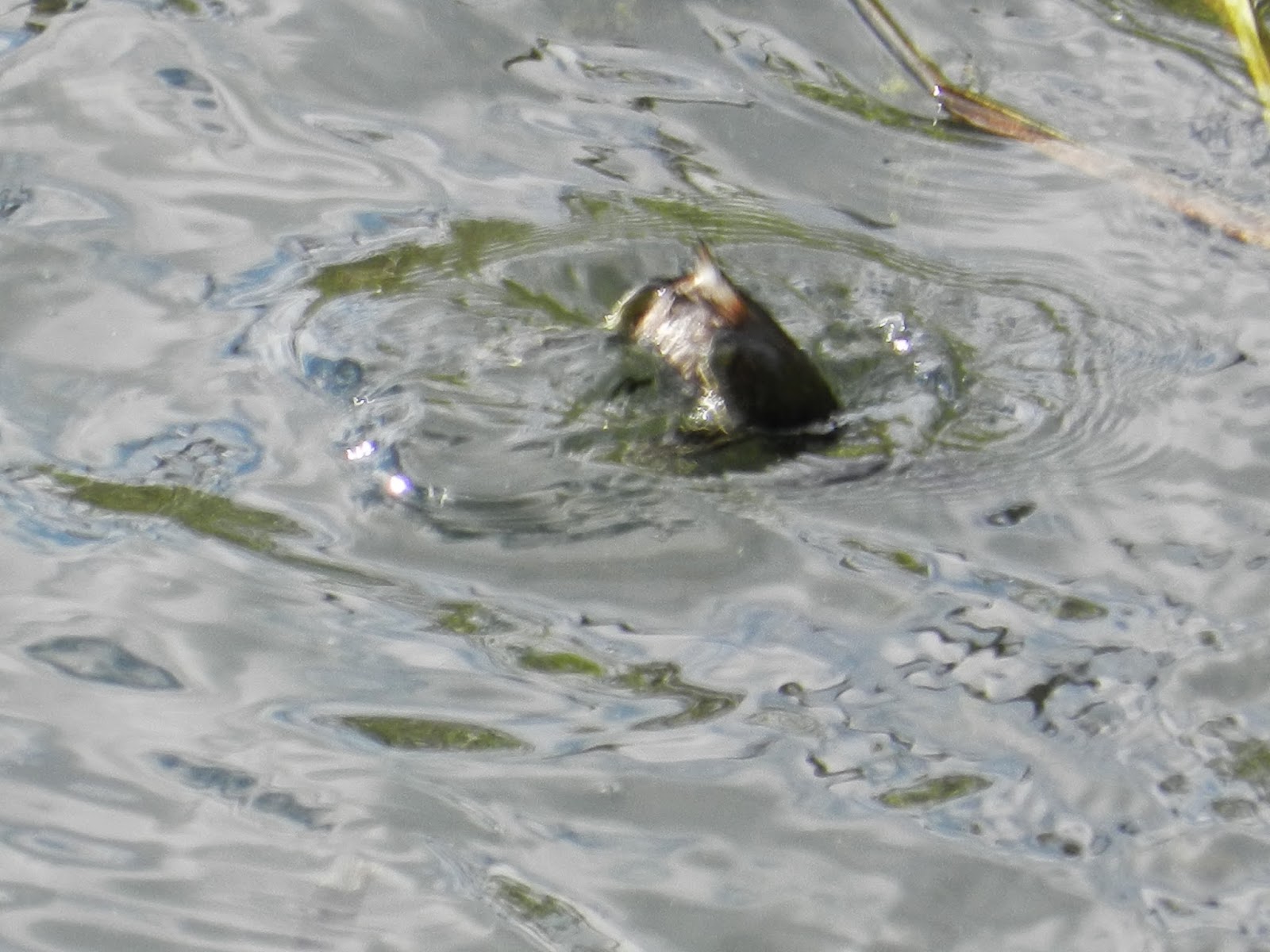 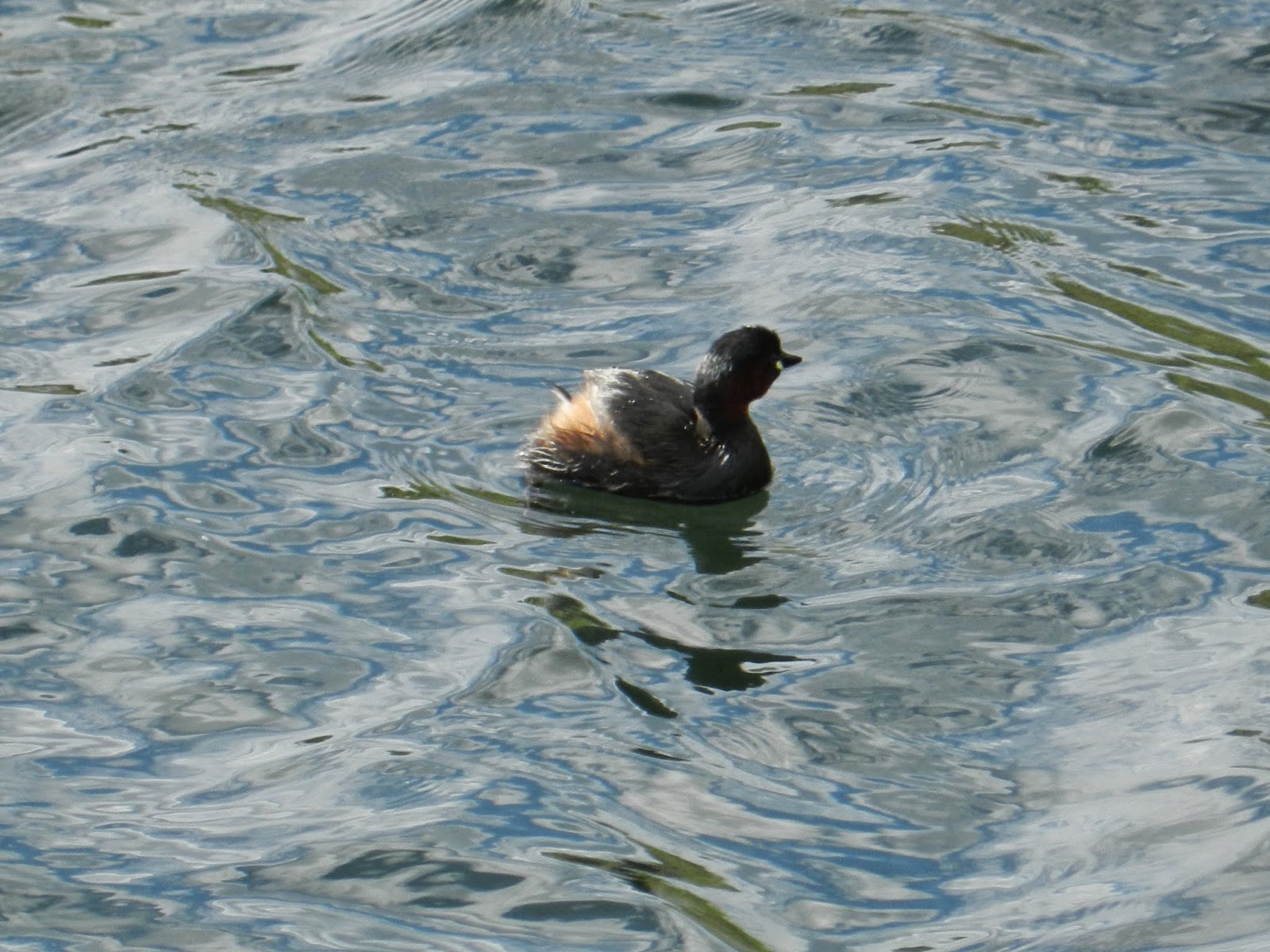 At first sight the expanse of water below the Portsmouth Road can look empty, but  look carefully for any of the several pairs of little grebe or 'dabchick' hiding in the vegetation.

Often you will just catch them upending or see the remaining ring of water after one of their lengthy dives, from where it seems they may never emerge.

Last week a member of the Surbiton and District Birdwatching Society noted that one of the pairs had two chicks. Unfortunately, today there was only one being fed by its parent.
Look out for the aerial summer visitors such as swift and sand martins, the former arrived last week, and the local numbers should build up over the next few days.

Whenever there is a change of traffic lights and a temporary respite in traffic noise, whitethroat can be heard singing from the stands of Spanish broom (now beginning to flower) and other scrubby areas.

The more robust ox-eye daisies have begun blooming, although most of the banks have scrubbed over with ash trees, shading out the smaller plants. Most of the wild flowers will now be seen on the flat areas between the Filter Beds where common vetch and clovers have exploded into purple (but take your binoculars to see them).