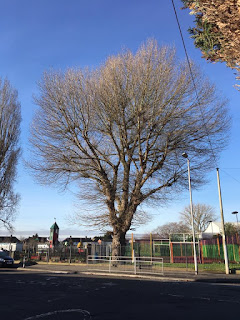 One of Britain’s most endangered trees is the native black poplar Populus nigra. Around the country there are a number of authorities with Biodiversity Action Plans to promote this species including in Greater London.

The plans promote actions which increase public awareness over the plight of the tree; create inventories of existing trees; and carry out additional planting of locally sourced cuttings. Some plans state the need to use planning policy and Tree Protection Orders to protect trees that might be threatened.

Others go as far as to remove flood-banks and create conditions suitable for floodplain woods exactly as those in Ham-between Ham Lands and the river Thames - where there are two fairly prostrate native black poplars.

An analysis of Norfolk BP tree locations showed they were often associated with kilns, farms, mills, smithies and malthouses indicating they had been planted rather than a product of natural seed dispersal. The wood was fire resistant, can resist paraffin and was used to make matches. Its branches grow in a curve so it was used for timber framed buildings.

One introduced hybrid is Populus x canadensis which is a cross between the American and European black poplar P. deltoides and P. nigra. There is one which suffers from numerous planning applications due to the siting of temporary Axis portacabins on the Cambridge Road Estate.

After the Daily Telegraph ran a national ‘Black Poplar Hunt’, 1994 it was realised that the trees are very rare with only 7,000 recorded of which 600 were females.

The benefit of fingerprinting to Black Poplar conservation activities first came to light in the late 1990’s and established that many of the trees in Britain had been established by vegetative propagation. Initial studies identified 17 clones in the 36 fingerprinted tree. Some of the clones were common and had a widespread distribution, while others were less widespread.

A collaborative project formerly known as EUROPOP has examined the black poplar on a European scale. In the course of this project microsatellite DNA markers were developed.

I had a DNA analysis of the native black poplar felled at Dickerage Road adventure playground earlier in the year and received an EXCEL spreadsheet with the results of the DNA fingerprinting with nine microsatellite markers. Poplars are diploid, so there are two alleles sizes per marker (one allele inherited from the mother and one from the father), giving a 18 data point fingerprint.

The results indicated that the tree matched the fingerprint of the native black poplar male clone 28 in the National Register. This is the common clone that is often referred to as the ‘Manchester’ poplar and has been widely planted across six counties. Its tolerance to pollution made it a ‘popular’ choice for roadsides and cemeteries.

Any regrowth would have been from the original tree, as poplars are not grafted onto root-stock for vegetative propagation. Therefore, as long as the regrowth was attached to the original stump then it is a clone 28.

It is recommended that conservationists arrange for black poplars in their area to be tested prior to the establishment of rooting material for planting schemes. Material should be collected from a broad geographical area and should include females as well as males. Should we take cuttings from the stump regrowth of the Dickerage road tree as they have at Barnes Common (see photo). 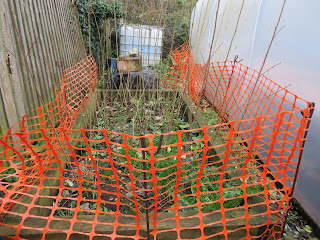