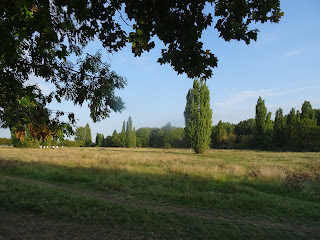 Waterworks meadow where I have had the pleasure of leading bat surveys this year.
Waterworks Meadow forms a key component of the Lee Valley Regional Park; the Waterworks Meadow site is approximately 8 hectares in size. It is not subject to any statutory or non-statutory nature conservation designations. It lies adjacent to part of the Lee Valley Site of Metropolitan Importance for Nature Conservation (SMINC) including the River Lea, which bounds the site to the south-east and south-west. It is adjacent to - and not to be confused with - the Waterworks Nature Reserve, which forms part of a waterworks complex.
The meadow used to be a pitch and putt golf course and then a brief spell as a centre for pony trekking. In an effort to find a profitable use for it the owners have been looking at various options. Earlier this year a licensing application was submitted to Waltham Forest Council for an 8,000 person 'Waterworks Festival' on the meadow.
The Save Lea Marshes group maintained that this was an inappropriate location for a festival of this kind and the application was refused. In turn, this spearheaded a campaign to protect the site and rewild it. A fundraiser was launched to enable a suite of ecological surveys to be carried out along with recommendations to improve the site for wildlife

The bat results are now available and the survey  found that six bat species were recorded: common, soprano and Nathusius’ pipistrelle bats as well as the occasional commuting noctule bats and a serotine bat. There was a Daubenton’s bat commuting out of the  flood relief channel during the first survey and small numbers of  Daubenton’s bats foraging at the adjacent Waterworks nature reserve  during the final survey.

The history of this complex of waterworks is that this site was first used to extract water from the river Lea for residents of Hackney and Clapton in 1707. Throughout the eighteenth century various owners developed the site used as a corn mill until it was acquired by the East London Water Company during 1829. By the 1850's the role of the water company had changed due to the deterioating quality of the water in the Lea; becoming involved in the storage and treatment of water extracted higher up the river. 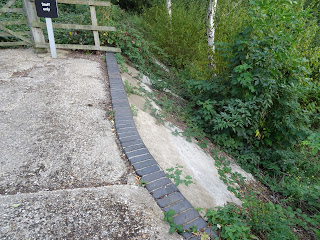 This part of the waterworks was built in 1860's to supply clean drinking water to homes to stem outbreaks of cholera, which arrived in the UK in the 1830's. They worked by pumping water into the filter beds, where it was strained through layers of sand and gravel, eventually ending up on a perforated concrete base. Filtering water in this way is called slow sand filtration and may remind some people of Seething wells and how it used to look. 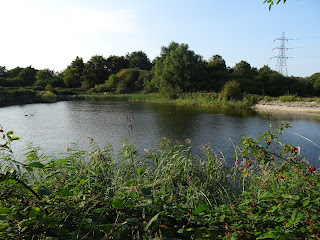 There are several areas of open water and reed beds and a wonderful mosaic of habitats have been created by encouraging  hay meadows to develop some cut by volunteers in traditional methods and others by using cattle. 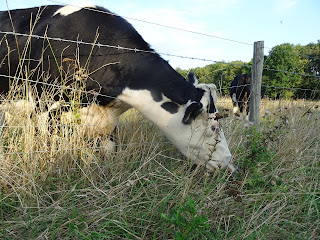 The waterworks meadow is an important buffer around the nature reserve to protect it from the effects of light spillage and glare. With thoughtful management, the meadow could become just as wonderful and interesting. 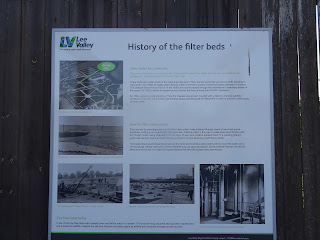