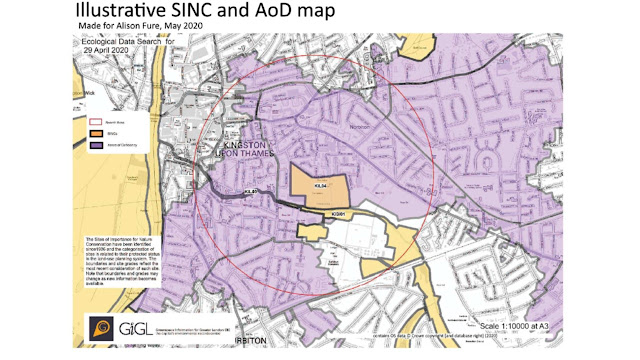 Cambridge Road Estate is going through the final consultation stage before a planning application in the Autumn. As it is 7.71 ha it a large-scale application, which will affect the whole borough.  The countless blocks will be up to 13 storeys. Yet it is in an Area of Deficiency as defined by the Mayor, who has actually pledged not to increase the numbers of people living in an AoD (more than 1km from open space) demonstrated by the area coloured purple on the map above.

Biodiversity The London Plan includes an important policy (7.19) Biodiversity and Access to Nature, whichlinks to policies and proposals on approaches to strategic planning in the Mayor’s Biodiversity Strategy. Policy 7.19 contains the following statement;

The Mayor’s Biodiversity Strategy sets out criteria and procedures for identifying land of importance for London’s biodiversity for protection in LDFs and identifying areas of deficiency in access to nature. Protecting the sites at all levels, serves to protect the significant areas of Biodiversity Action Plan (BAP) priority habitat in London and most priority species. This policy is employed by the Mayor of London when considering those larger planning applications referred to him for direction under the Town and Country Planning (Mayor of London) Order 2000. Local Development Frameworks of the London Boroughs have to be in general conformity with the London Plan. It is through these local policies that most protection of priority species will occur.

I.          The planning protection for priority species is almost equivalent to that applying to statutory protected species within a planning application. The plans currently mention the priority species on the estate but do not provide a realistic environment for them. There is a colony of ~100 house sparrows which increases to ~150 during the breeding season house sparrows do not nest on tower blocks.

III.        Bats There are four species of bat using the Cambridge Road Estate. There is nothing to suggest that the resources they currently rely on will be retained (except the western boundary trees). Where are the dark corridors for movement? Food resources? 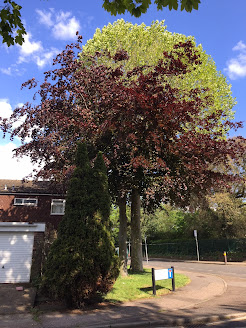 Trees Trees are not decorations to be here today and replaced tomorrow. It is a complete dysfunction to treat them as moveable objects, and not consider the functions they perform cycling water, adding nutrients and cooling and cleaning our air. They are part of the web of life, which builds up over many years.

There is no sense that this web of life has been understood within the application. Ignoring the 50 trees in the estate gardens is further dysfunction: apples, plums, pears, cherries, olives, palms, birches, maples, Leyland cypress, rowans, limes, all gone.

It would take the planting of an orchard to replace their value, which is of course, is a national priority habitat, and would actually reduce some of the loss and show some vision.

1)    Tree protection does not follow British Standards. In order to retain some of the trees some of the root protection zones cannot be complied with. Some trees will slowly die over a period of years because their roots fall into the development footprint. 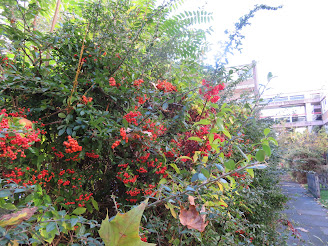 Plants The estate has some unusual plants which have become established over time and are important for bees and butterflies. There are many informal areas that provide food for seed eating birds: dock, hemlock, common mallow, nettle, vervain, bird’s foot trefoil and even field madder. It is comprised of the following habitats:

Net Gain The new Environment Bill will mandate net gain for biodiversity at a minimum of 10% and it is Good Practice that we start this process now. The boroughs own policy requires net gain in any development although it seems the current situation has been poorly quantified.

Net Gain is about habitats and species, ecological process and function.  Net Gain should account for a gain for the species and habitats on the site. It is not green infrastructure.

Green infrastructure The green infrastructure proposed actually marginalises biodiversity. It is nice as an add-on, but designed primarily for people, to tick planning boxes and to attenuate some additional rainfall to prevent the sewage system being more overwhelmed than it already is (given the highest density in the borough).

Where will the 14 species of bird currently nesting on site continue to nest? Please mark on the drawings an area where birds can nest in their chosen habitat, forage safely, find an invertebrate, have a squabble in a hedge, or a dust bath without threat of an increased number of cats. 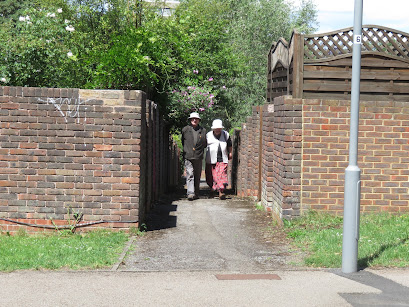 The estate was designed on Radburn lines to separate people from traffic. This equates  almost to 1km of public footpaths. Currently, I can approach the estate from the north along School Passage PROW, walk south along the western boundary footpath and the walk east along 250m of pathways through the estate to Burritt Road, hardly encountering a vehicle.

Footpath 37 Is a Public Right of Way on the estate and is on the Definitive Map. Legally the council cannot ignore this pivot point for the PROW’s

II.          This proposal will result in a massive loss of footpaths to Norbiton and a huge loss of amenity. These FP’s help create the informal areas that birds can use. These comments have been ignored throughout 11.11.2019 -14.5.20

III.          The privatised model of the gated estate- enclosure 21stcentury style- ensure that formal gardens are the dominant culture; not community, but exclusivity and disconnectedness.

Let's have an estate with a proper, permeable parkland identity; green infrastructure and footpaths that do not masquerade as lots of other tick box items and keep all the grounds communal rather than 'enclose according to tenure'.