April 09, 2019
Correspondents Lyse Doucet and Martha Kearney covering the Israeli elections  on this morning's 'Today' programme,  were surprised as listeners 'Twittered in'  comments  regarding the house sparrows chirruping in the background. It lifted spirits to hear happy chattering, a sound once common in all our gardens.

We have lost 12 million house sparrows since the 1970's. Populations continue to be  fragile in some London boroughs, due to the fast pace of development and the amount of  Total Footprint developments council's have been prepared to accept, in order to achieve their housing targets.


Some councils have taken their legal obligations more seriously see February's post -house-sparrows in Ilford but as  kingston-enters-anthropocene on many environmental fronts we need some assurances that there won't be any more losses of colonies, such as at the former gasholder site opposite Sainsbury's, and the Cambridge Road development in Norbiton. Coupled with a lack of 'nature knowledge' in newly disbanded Green Teams boroughs destined as Opportunity Areas in the emerging London Plan, will have to rely heavily on local residents to insist on mitigation and Net Gain for this Priority Species.


On the Cambridge Road Estate there are approximately 20-30 pairs of house sparrows nesting predominately on the elevations (cladding) or accessing faults along the roof-line  in the houses.

Males can even be seen singing from some of the three storey blocks - such as Duxford - as there is a repetitive feature in the concrete fascia that means  birds  are able to access the interior. From a very low base, their numbers have made a partial recovery,  sufficient for them to spread from the Cambridge Road Estate, to breed in my part of Bonner Hill road for the first time in 12 years. 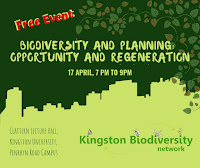 Hear more about the council's legal obligations to protect the natural features in these important urban  nature spaces at the forthcoming talk at Kingston University 17.4.19.

You can see more photos and listen to these sparrows singing here https://janeswalks.blogspot