November 13, 2017
Last week saw the appearance of John Gringrod at the Richmond Literature Festival to discuss his latest work 'Outskirts'. It  features his upbringing on the 'last road in London' alongside the Green Belt in New Addington. John presented some Green Belt factoids:

Green Belt comprises 13% of the total land in England to stop towns merging formerly known as the Green Girdle. Octavia Hill first coined the phrase Green belt in  1882. New ribbon development started eating at the countryside after WW1. The Campaign for the Protection of rural England (CPRE) first proposed the Country Code in 1934.  (BTW they have a London branch, which is keeping a close eye on London's Outskirts).

Patrick Abercrombie designed the Green Belt ring of a width of 5 miles around London, housing was planned for the future on designated areas of white land now all used up. There is still white land on the A-Z although much of these areas are electrical installations, MOD land and other  pretty strange stuff. Major incursions into it such as the M25 - can we afford to lose it.

Gringrod asks if our rolling green fields of Green Belt will become vast rolling areas of Astro turf  and  Bodpave 40. 'Green fingers' have encroached through the green belt- usually for transport infrastructure - new housing is planned along these fingers (new areas of so-called white - land) because of previous unrealstic housing targets.


Kingston council employed consultants earlier this year to find 'white land' i.e those areas that no longer fulfilled the definition of Green Belt- mainly because planners have allowed not only 'green fingers' but green arms and legs to encroach into the green belt undermining the openess of the land. Namely, Chessington World of Adventures and Chessington nurseries known as major development sites but changing the 'openess' of the surrounding land.

In all there have been 80 recent applications to develop the borough's green belt land. 69 were granted and to date 10 have been completed.

Major applications are in the pipeline such as a massive electrical substation on a green field site along Fairoak Lane. The consultants have failed to identify the protected and priority species at this location including light sensitive species (glow worm and whiskered bat) which will be directly impacted by the security lighting proposed at the site.


Kingston's Core Strategy was adopted in 2012 and Policy CS3 seeks the protection and improvement of Kingston’s valued natural and green environment. The Green Belt is the subject of Policy DM5 with reference to the then current Planning Policy Guidance Note 2 ‘Green Belts’. Development in the Green Belt will only be allowed in very special circumstances. Our council, MP and Londons's Mayor have all vowed to protect the Green Belt, which is enshrined in the mayors emerging London Plan 2017 https://www.london.gov.uk/new_london_plan_december_2017_web_version.pdf. 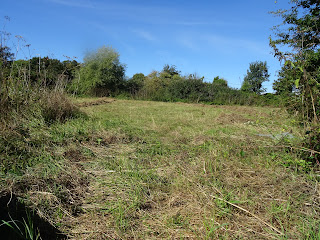