There was a good turn-out of 25 people -considering the frosty 6am start - with the weather remaining entirely in our favour. Twenty five species were seen/heard by the group with others-like the great spotted woodpecker- seen or heard by individuals.

The most frequently encountered singing bird was the wren; with at least ten territories on a six acre habitat patch along an area south of the Thames Young Mariners. Three song thrush territories were recorded, with one seen on the ground, gathering invertebrates in order to feed young.

Highlights include a pair of blue tits  seen mating on a  tree near the river, along with a close encounter with a female black cap. It was good to see a healthy colony of house sparrows persists along river side drive although finches were few and a lone singing male chaffinch was eventually heard along the tow path. 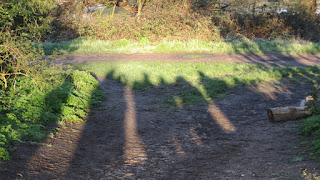 There was no sign of three migratory species that arrive at the beggining of April: swallow, house martin and common tern. Whitethroats will occupy the  scrub at the beggining of next month, although blackcaps have superceded them as the dominant scrub warbler. Due to the early start no raptors were seen. 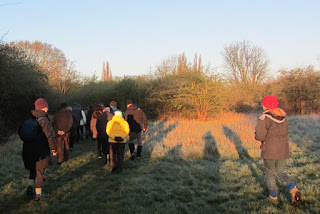