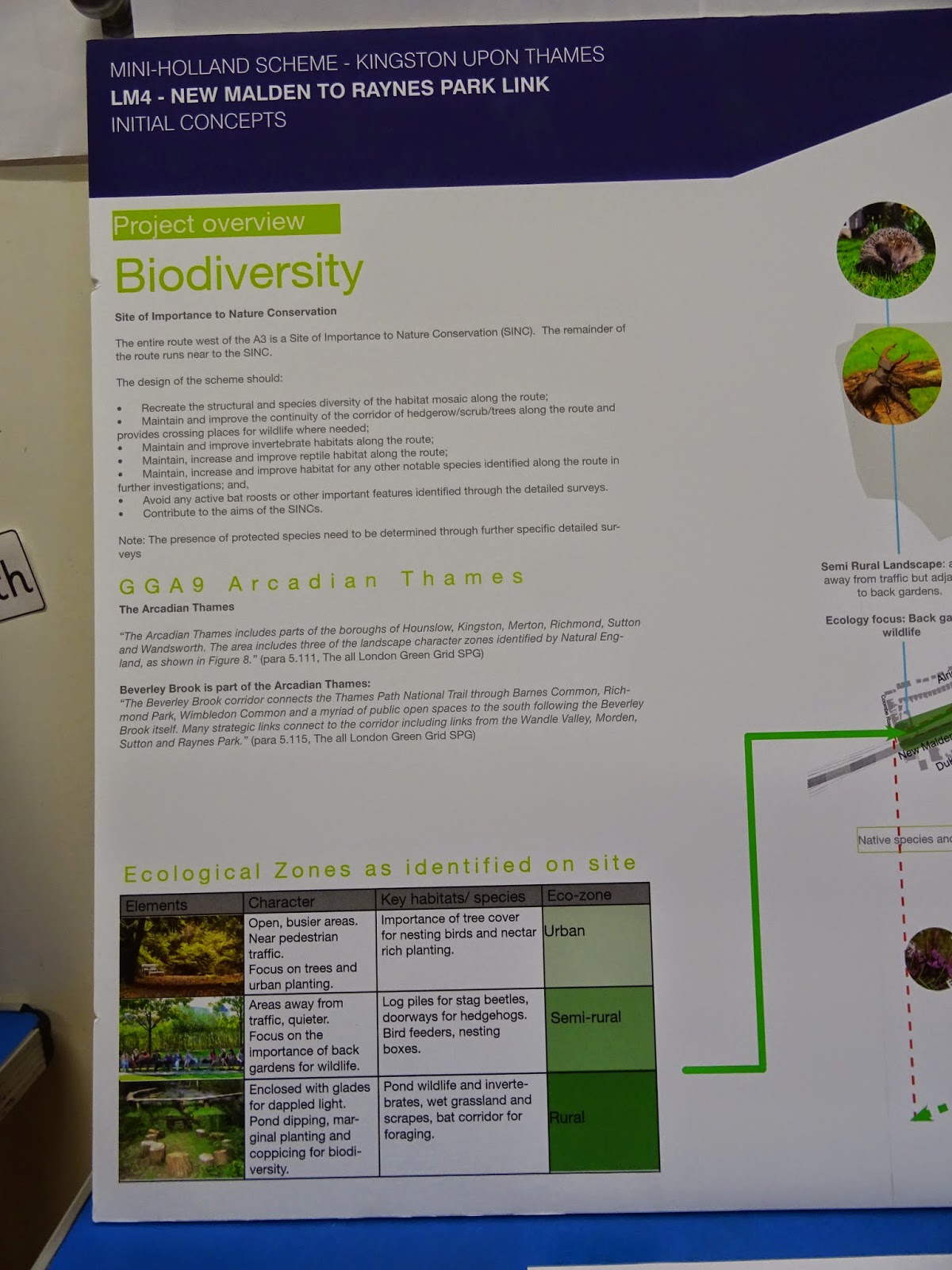 Whilst the Sustrans might be the best organisation to guide us through the process of determining the new cycle routes in the borough, the New Malden Pipe Track might not be the best route for one.

The clue is in the site's designation as a 'Site of Nature Conservation Importance' (or SNCI). Its use as a conduit for the Ring Main, the means by which our water gets distributed, results in wetland habitats arising from the various leaks along the route.

Over a period of time reed-beds and associated wetland species have developed along this dark and undisturbed area, along with all the animals that would be expected to use a wildlife corridor. This includes the movement of deer, badgers, foxes, hedgehogs, reptiles and amphibians as well as an abundance of dragon and damselflies. 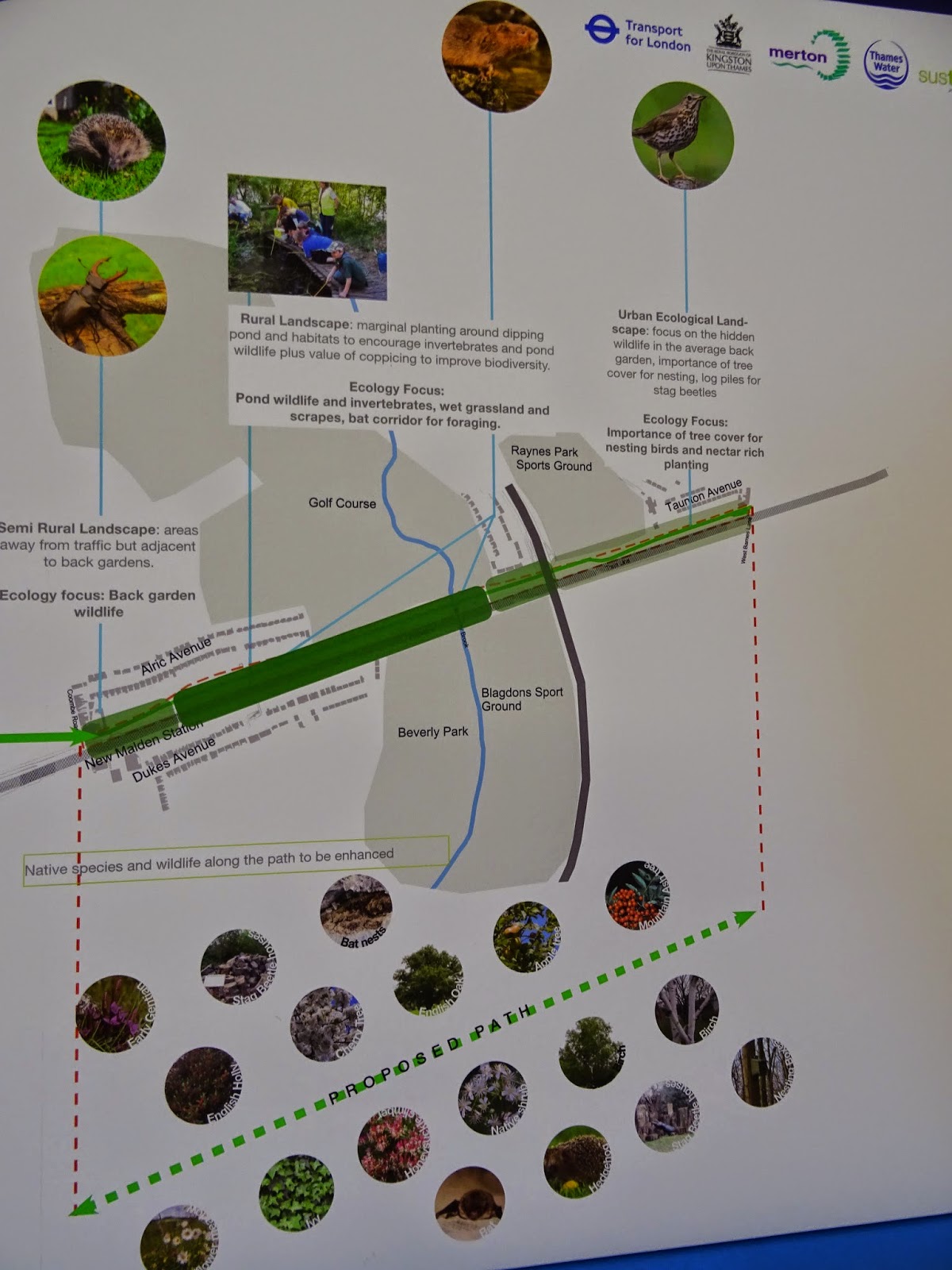 It is misguided to use the words 'enhance, improve, recreate' when it comes to the wildlife interest, without first conducting comprehensive surveys determining the habitats and species already present. The route should be  designed around the flora and fauna rather than the reverse.

The species found on the abutting green spaces, will determine those moving along the Pipe Track, which could be considerable. This includes those species found at the the many gardens along the route, New Malden Golf Course, Beverley Park, not to mention two additional important corridors: the railway and the Beverley Brook. As well as a corridor for movement, the Pipe Track probably acts as a wildlife refuge during  busy periods at the associated areas of open space.

Many organisations have been working to improve the Beverley Brook and its surrounding river corridor for a number of years. The Friends of Richmond Park, Royal Parks, London Wildlife Trust, the Environment Agency, the Wandle Trust operating as the South East Rivers Trust, Thames 21 and the Wildfowl and Wetlands Trust, came together as the Beverley Brook Partnership to discuss projects which could enhance the Beverley Brook one of which was the strengthening of the buffer zone from development around the brook, not it's undermining.

One by one there are continuous development proposals along this route, such as the council's sale  of open space along the Beverley at Rookwood Avenue and the recent threat of six floodlighting columns at Blagdon Sports Ground.

It is a popular misconception that we can improve an area for wildlife by running a 3.5 metre wide tarmacked track, through it for one mile.  Add in roaming dogs, as well as cycle path lighting (which has not been ruled out) then it is hard to see how the  wildlife corridor will continue to function for the more specialised species. This is urbanisation, not habitat improvement and when a certain level of urbanisation is reached,  so can the 'tipping point' for many animals and birds. For even the commonest bat species this is now determined as being 60% of built surface area and includes the anthropogenic effect of lighting.
Beverley Brook Mini-Holland Pipe Track reed-beds wetland habitats