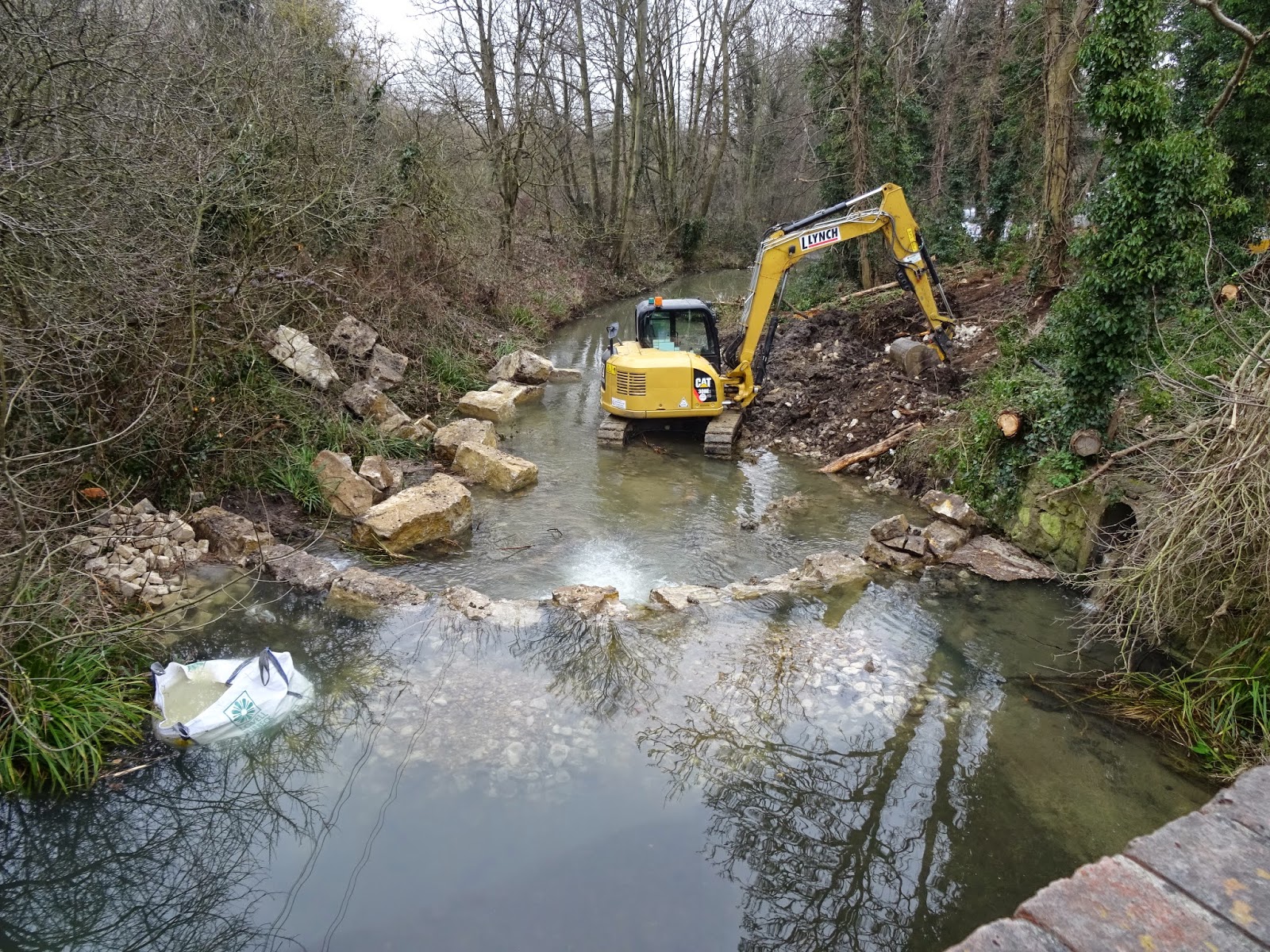 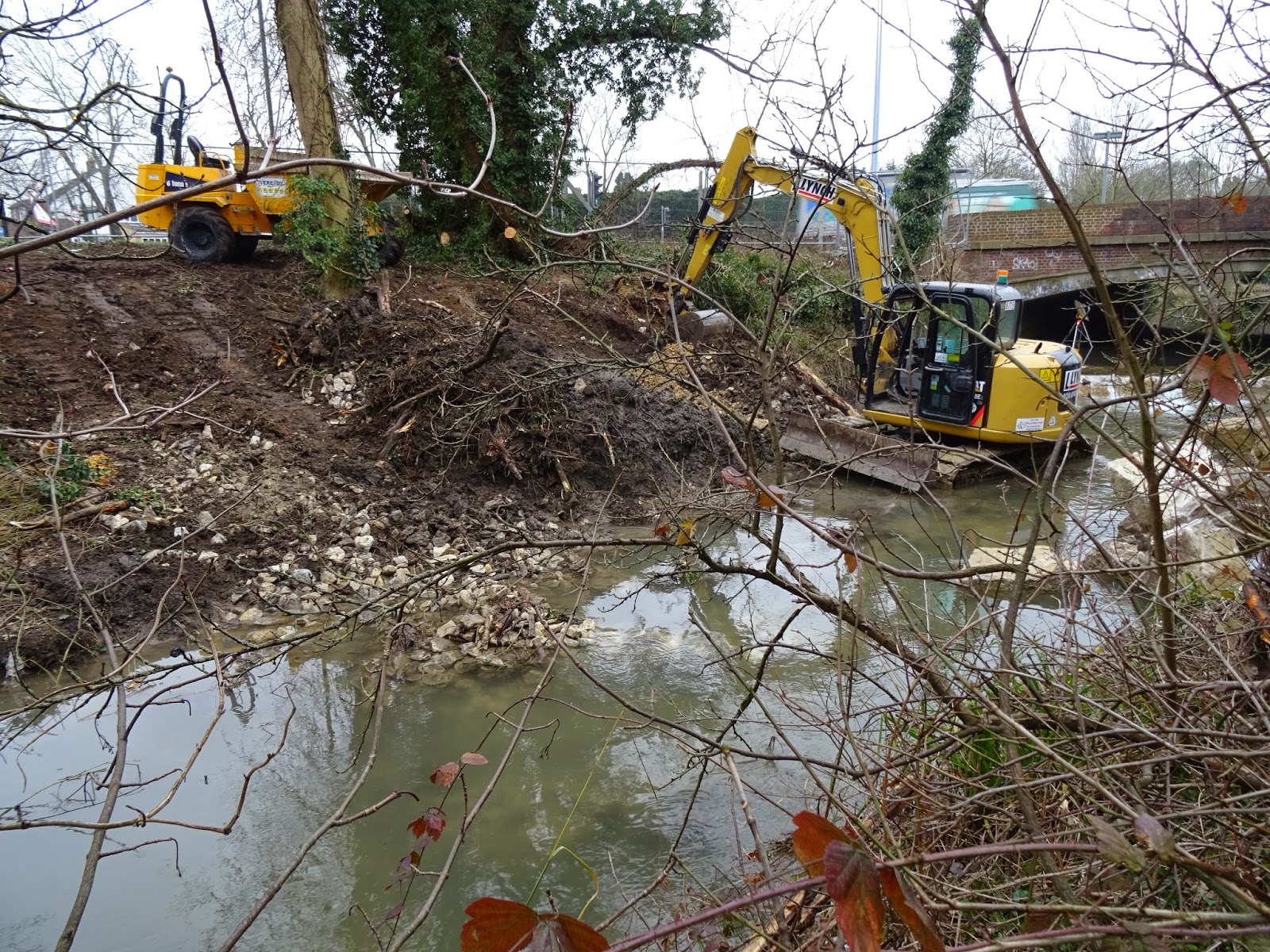 The South East Rivers Trust have been knocking out the weirs along the Hogsmill. Last year they undertook improvements at Knights Park near Kingston Town Centre see previous posts on the Hogsmill-valley.

At the start of the project there were  fifteen obstructions on the river preventing fish from passing. These included weirs, culverts, concrete bridge footings and the gauging station near Watersplash Close. This results in the available habitat being highly fragmented causing bottlenecks at various life stages, making some fish species very vulnerable.

The concrete bridge footings at the A240 Kingston Bypass formed a complete barrier to fish passage. A rock ramp has now been built to drown out the weir and increase the depth of water under the bridge. To facilitate vehicular access, some of the vegetation has been removed, which will allow light into the dingy floor and breathe new life into the linear  copse, where ivy has smothered the ground. 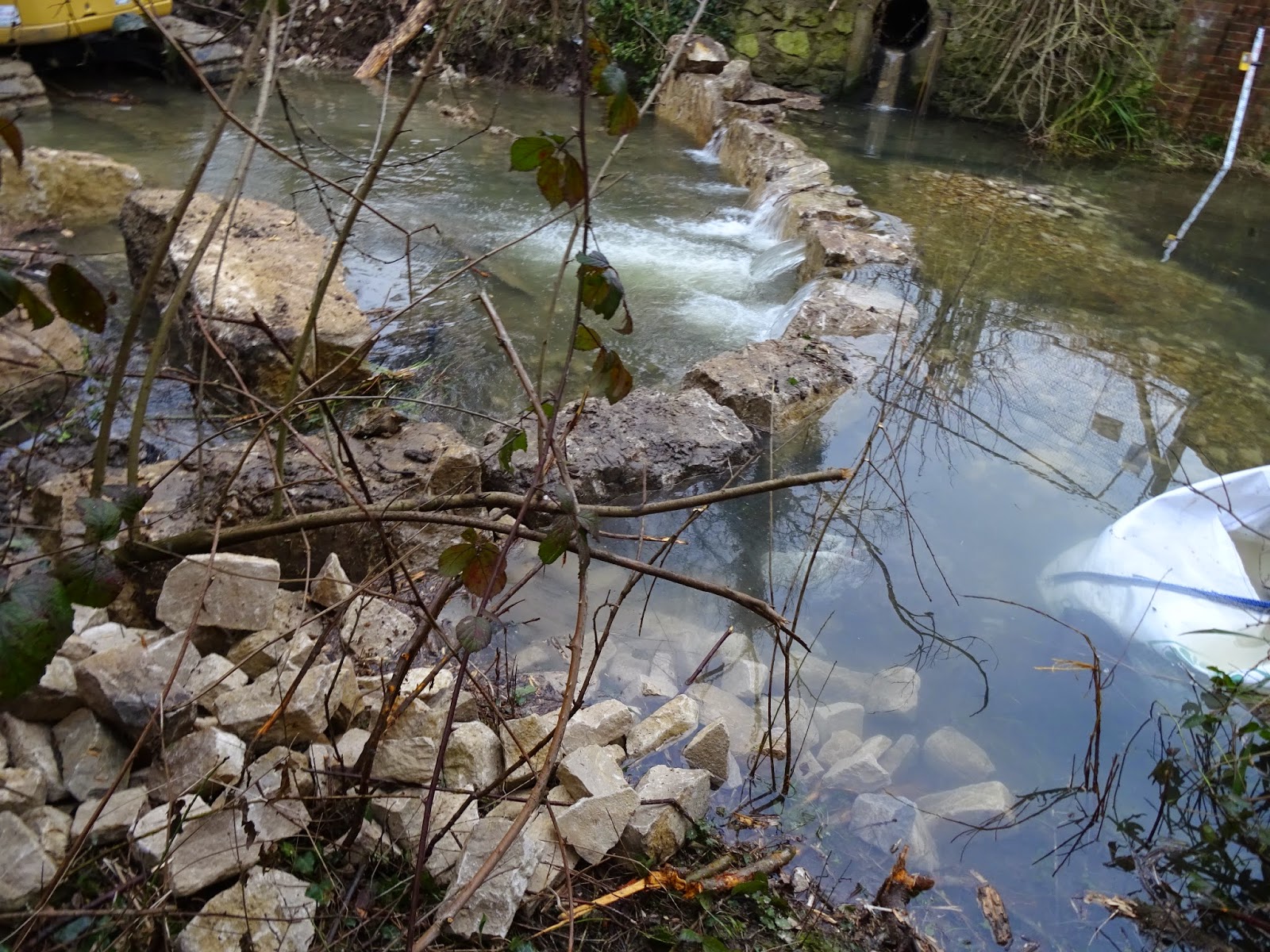 The enormous rocks create an impressive cascade. They will provide niches for many species, not just fish, but also their invertebrate prey, which in turn will be of interest to wrens, wagtails and kingfishers as well as providing ledges for water plants. 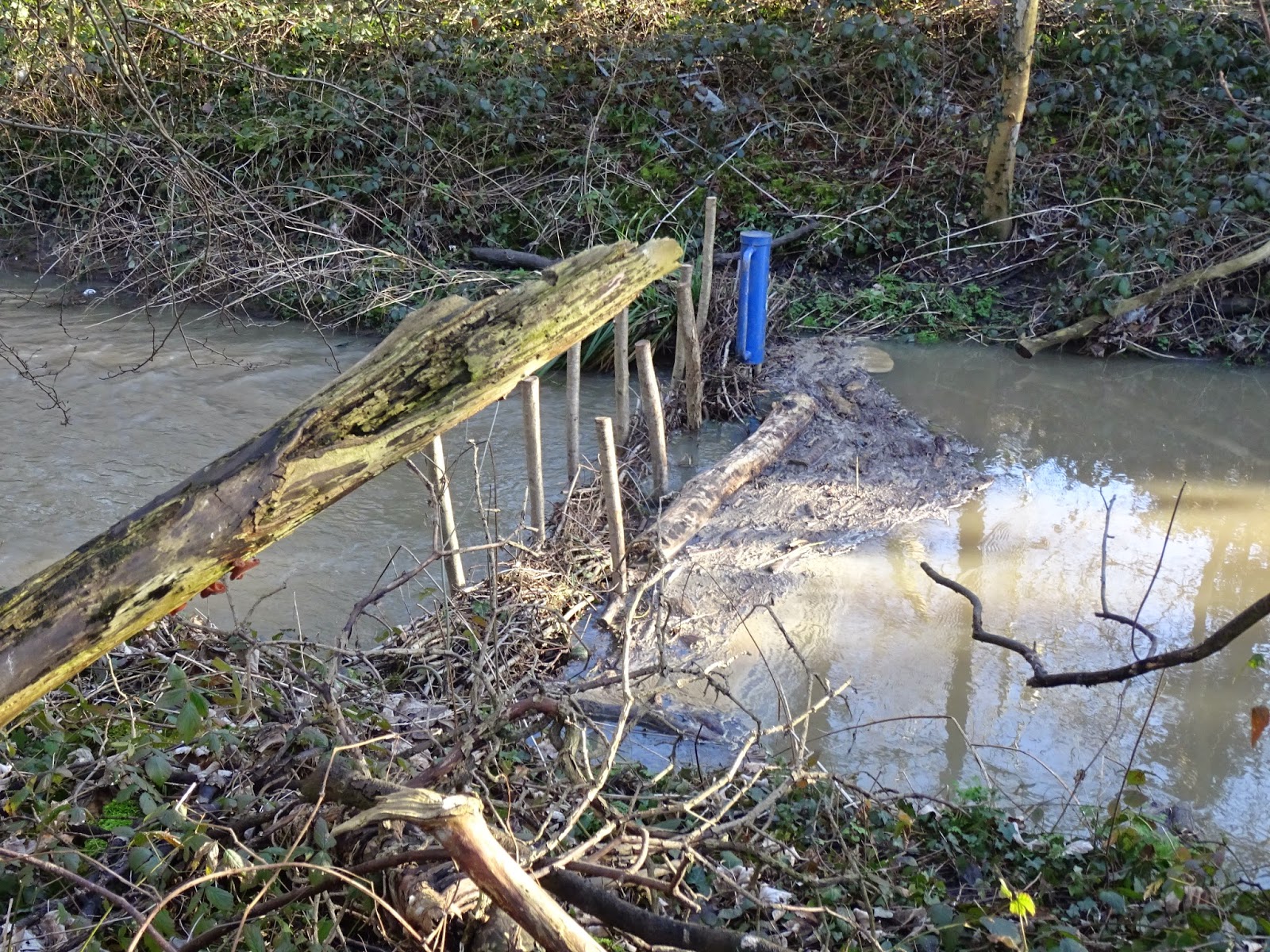 Every day of the project  so far the team from SERT and Aquamaintain have seen a little egret in the channel, which is an unusual site in the borough.


Here, faggot bundles are staked into the river bed, to  act as silt traps. They are removed once they are no longer needed. 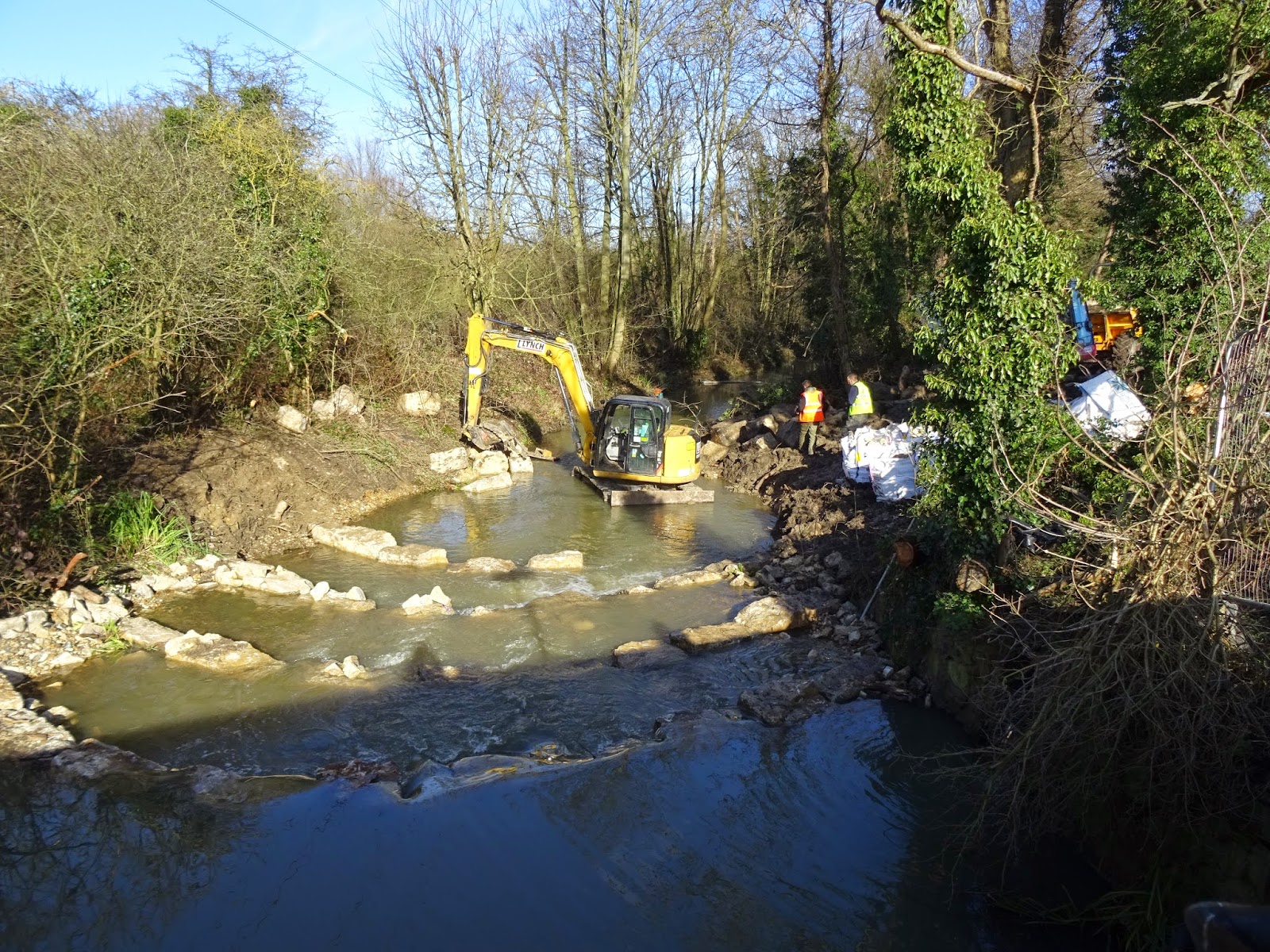 A week later and the cascade is almost complete. Removing weirs and reprofiling the channels allows fish to  gain purchase over engineered obstructions. In some cases, as at Watersplash Close, notches can be cut into the weir.

The South East Rivers Trust has received funding from DEFRA through the catchment restoration fund to implement this work. This is a partnership project between SERT and Epsom and Ewell Council. For more info see www.southeastriverstrust.org