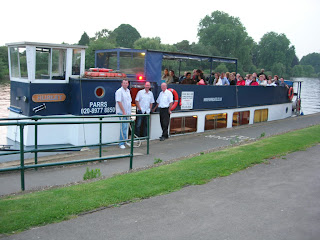 During the July Batty Boat Trip  twenty people watched Daubenton's bats emerging from their roost at the Filter Bed site. There doesn't seem to be so many bats this year and they are not in their usual hurry to emerge. Maybe the colony hasn't found the weather conditions so favourable or perhaps they have suffered due to the drainage of their foraging grounds. Studies carried out during the late 1990's and early 2000's found large numbers of Daubenton's bat spent a substantial amount of time foraging over the Filter Beds. For more on Daubenton's bat ecology see: benton the bat
Six species of bat were recorded  in all during the trip: common and soprano pipistrelle, Daubenton's and natterer's bat, noctule and Leisler's bat.
common pipistrelle Daubenton's bat July Batty Boat Trip Leisler's bat Natterer's bat Noctule bat soprano pipistrelle