January 22, 2012
The winners of the S.W. Wildlife Competition have been  notified of their prizes. Thank you to those who also sent photos. One of the prizes, is a place on the London Bat Group/Community Brain Batty Boat Trip. The boat trip has been held annually (every June 8th) since 2006, in order to monitor the bat activity along the R. Thames between Steven's Eyot and Hampton Court Bridge.

This type of 'time series' data is invaluable in monitoring the diversity of species, levels of bat activity and any change along this stretch of the river. We time the boat trip to be alongside Seething Wells, as the Daubenton's bats are 'light sampling ' within their roost. Over the years we have noted changes in the local bat population, especially a reduction in the number of species.  This includes the loss of serotine (now rarely recorded in the borough) and the decline in  Natterer's bat registrations, only ever recorded foraging around those darker stands  of riparian vegetation.


Speaking of bats, we need as many bats as possible to join the annual Seething Wells Procession on 26.2.12 (from 2.30pm, Brighton Road, Surbiton) to march under the banner of the 'Guild of Taxonomists'. Last year we had several birds, even a crocodile, but very few bats. We also need volunteers to make some batty biscuits to sustain us on our march as bats are not at their most active in February, spending most of it in torpor, although see below for some Vespertilionidae  who managed to leave their bat caves last year. Further info at http://www.seethingwells.org 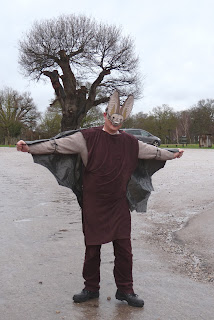 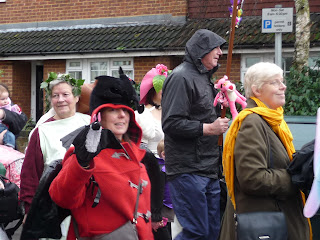 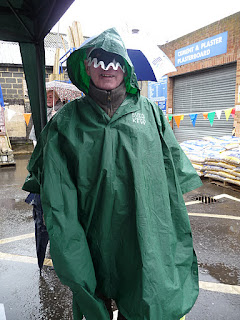