Development proposals at Seething Wells: Will they benefit Wildlife? 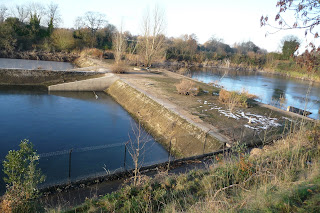 Ecological communities take many years to evolve. Their structure is based on the habitat, which is virtually the only example of chalk grassland in the borough (reflecting the  flora of the north downs rather than the acid grassland of Kingston Hill). This gives rise to specific invertebrate fauna, which when investigated, was found to have elements of National and Regional interest.
This interest is compounded by  the lack of disturbance, lack of domestic animals and  faeces, low levels of light pollution and other chemical pollutants etc.The proposed change does not recognise the species of local provenance, interrelations of species with the historic features, believing that habitat can be re-provided 'off the shelf'.
Whilst current proposals will attract certain common species, which we will all recognise from our garden, it will not provide the specialised niches for less generalist birds, bats, plants etc. ...and so another area of our region becomes homogenised in its flora and fauna and the site will be no more than the garden of the residents who live there, to be preyed upon by thier domestic animals.

Whilst there has been support at public meetings for the Surbiton Filter Bed Scheme many of those extolling the virtues of the proposed new marina etc, do not live locally or in a few cases, live  outside the borough as far as Windsor. One of the myths expounded during the public consultation has been that the Filter Beds are of poor ecological value and will be improved under new development proposals.
In fact this is one of the most important ecological sites in the borough and was designated a Site of Importance for Nature Conservation by an Inspector at the UDP Inquiry in 2003. A survey by an Ecologist from the Greater London Authority Biodiversity Team contributed towards the current citation, which states that it is important chalk grassland habitat.The habitat supports breeding reptiles, becoming a rarity in Kingston.
Whilst the London Wetlands Centre may be important for numbers of foraging bats, this is a significant bat roosting site in South West London and many of you who have attended the annual London Bat Group Batty Boat Trips have seen bats emerging from their roost in the early part of the evening. There are only eight recorded roost sites of one of the species present, in the whole of London.
The lagoons have also supported a significant County number of breeding little grebes. Most years sand martin's will breed in the drainage holes on the slopes into the Filter Beds. Some of you may have done a double take when the small flock of overwintering lapwing, fly above the filter beds, agitated by the slightest disturbance.
Standing Open Water is a National Regional and Local Biodiversity Target Habitat. Lagoons devoid of predatory fish develop amphibian and invertebrate interest and over time their freshwater ecology can become particularly significant. So much so that the lagoons were designated as Regionally Important in 2002 as they contained Nationally Scarce invertebrates. The proposed destruction begins to  make the much hated Thames Water proposals, look like a lost opportunity.
For a peak at some of the subterranean interest see
http://www.28dayslater.co.uk/forums/showthread.php?t=48194

London Metropolitan Archives. The LMA holds a vast amount of archives on Seething Wells, all from the Water companies/boards who built, owned and ran the filter beds. There will be a variety of archives, possibly even engineering plans. We need to do an initial look to see what is there.
The LMA is in Clerkenwell. More details can be found on:
http://www.cityoflondon.gov.uk/Corporation/LGNL_Services/Leisure_and_culture/Records_and_archives/
bats birds plants Seething Wells